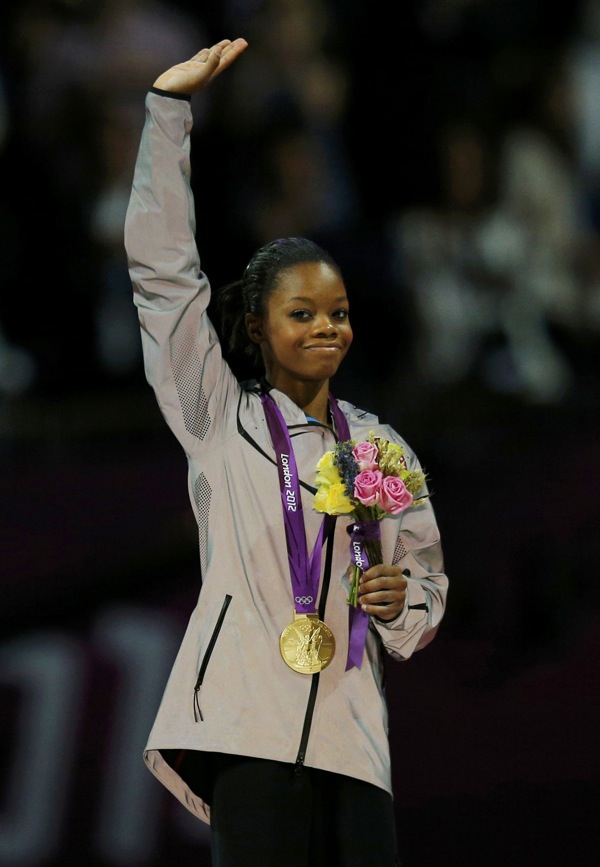 In 2012, it is a complicated time for Blacks in America. Hate speech spills out over the Internet like acid, working to burn and destroy everything in its path. A young Black man was gunned down in April for “walking while Black.” The first African-American President of the United States is disrespected by political rivals who would question his patriotism rather than challenge his policy. There are still so many of society’s peaks, political, economic and social for the Black community to reach, even for one of us, despite the fact that so many are so familiar with life’s valleys. Yes, it is a complicated time to be Black in America. 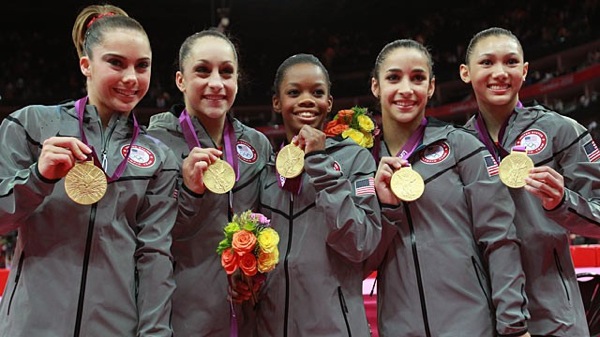 But today is simple. It is simple because of yesterday. Yesterday and today are about a young woman, named Gabrielle Douglas, who picked up the team, formerly known as the “Fab Five,” but rechristened by their hero and leader as the “Fierce Five” and carried them to the peak of Olympic glory – team gold in women’s gymnasts. For the American women to win the team gold was historic, in and of itself, as it had only been done ONCE before in 1996. But for Gabby Douglas to win the team gold and the individual all-around gold…she made history twice. Not only is Gabby the first US gymnast to win the all-around gold and team gold in the same Olympics, she is the first Black woman to win all-around gold IN OLYMPIC HISTORY. 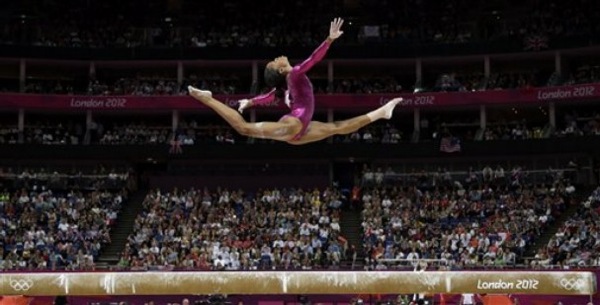 Gabby did it in fine style. She took first place after the first rotation, and never looked back. She had nerves of steel, and composure of that never indicated any sense of stress or strain. She kept her cool and rose to meet her destiny and place in history, as others were faltering. She vaulted, flew, jumped, stuck those landings and gave us a smile that had enough wattage to assure us of her star power. When it was over, the Russians didn’t have enough to catch her. Gabby was where she had been all day…ahead, but now with the gold medal around her neck.

The end of this story should be a wonderful picture of this smiling, excellent 16-year old who sacrificed her childhood in pursuit of her dream. She can leave London with more hardware since she qualified to compete for medals on the uneven bars and the balance beam. 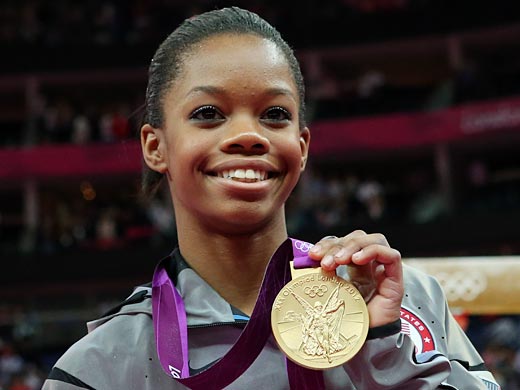 The Flying Squirrel has transformed. She went into the Olympic crucible and came out Golden Gabby. She peaked and flourished. Her reward is a place in history. Unfortunately, she also picked up some misguided haters for her troubles as well. In the world of affirmations, there is one that says, “Make your haters your motivators.” So Golden Gabby, don’t change a thing! Just know that tonight, there are countless little black girls AROUND THE WORLD who watched you and now believe that they can become an Olympic gymnast. You gave these girls an incredible gift. From the realization of your dream, new dreams are born.