The land where civilization launched is history…still in full stride.

Ethiopia is the birthplace of the traveler…among other things. Africa’s oldest royal dynasty is the turf from where humans first began moseying to other continents; the first road trippers. Most paleo–archeologists boil it down to something like this: Africans, from what is now Ethiopia, started wandering toward the Middle East. Once there, the nomads who hung a right evolved into Asians, while the drifters swerving left developed white skin; a rainbow of complexions was born in that midst. If this simplified scenario is fact, Ethiopia bore our first true itinerants; the origin of foot travel.

And they certainly still like to mosey. Outside the capital city Addis Ababa, where cars are a rare luxury, walking is a way of life. The weary catch rides with donkey–cart pilots while children as young as four years old herd cattle, camels and sheep. 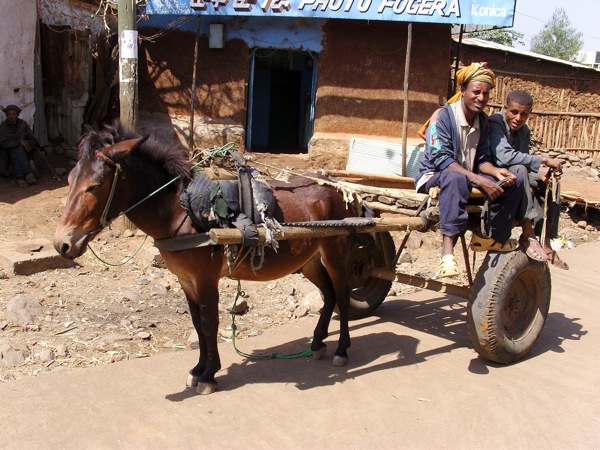 The country that invented wandering was never colonized and isn’t remotely displeased with foreigners. Translation: Xenophobia is not in their vocabulary. The Ethiopian love for travel is sustained by nationals making both in–country spiritual pilgrimages and outbound quests to holy sites around the world. Intrinsically religious, they celebrate 150 saints days a year. The self–customized Ethiopian Orthodox Church’s fourth century origins means Ethiopia was Christian long before Europe. No need for TV evangelists to show the way. 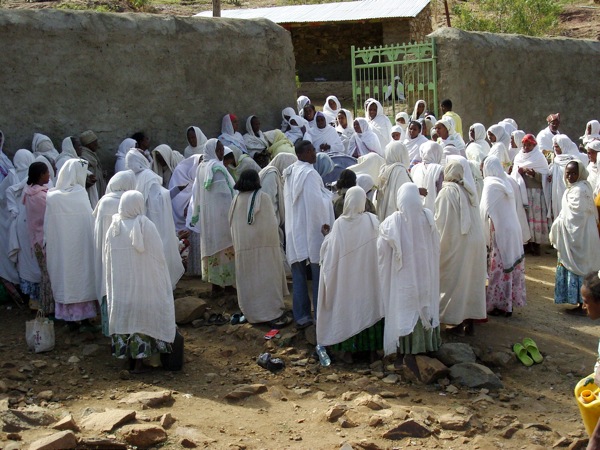 Even atheists will be astounded by the sacred, musical dedication here—an epoch soundtrack loop fills the air in every church. In Aksum’s enormous yet intimate St. Marry Church, men and women clad from head to toe in white shawls sang “The Promise” while bowing repetitively in the glimmer from epic stained glass. Words can’t describe this incredible harmony.

Ethiopia remains Biblically exotic. Occupying a large part of the Horn of Africa, it is a land of geographic extremes. Ethiopia is cool, climatically and literally. Its centerpiece sits on a high plateau with grand mountain vistas saddled by green farmlands where Gondar’s castle campus dates to 1632. The walled royal enclosure reflects successive influences from India, Arabia, and a Baroque flair imported by Jesuit missionaries. 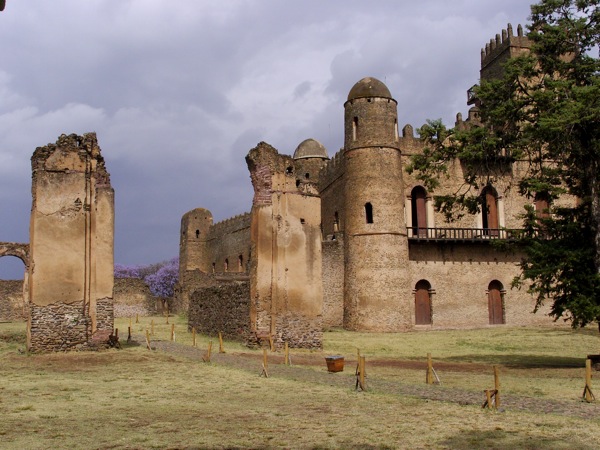 There were Ethiopian Muslims during the lifetime of the Prophet Mohammed. Epitomizing religious coexistence, Muslims and Christians marry and are often seen holding hands. Today, there’s also no shortage of inbound international travelers undertaking every variety of quest while enjoying ancient–bred respect. Ethiopians quietly epitomize hospitality.