How come everything good seems so
hard to hear when I’m listening?
And now I’m trying to find myself
And all I need is a little help
But everybody else is busy helping themselves
Am I listening?
From “Listening” by Ben Taylor

Despite his parents’ musical talent and success, Ben Taylor did not always want a career in the family business. He considered becoming a martial arts instructor, farmer and wilderness guide long before choosing his current path. His father and mother, James Taylor and Carly Simon, never pressured him into studying music because they were quite conscious of what it would be like to follow in their footsteps. And while Ben’s older sister Sally chose to pursue music at a young age, it wasn’t until he was in his mid-twenties that he decided to go all in.

“By the time I wanted to learn it, my goose was already cooked,” says Taylor, now 35, “because what I’d been seeing my whole life was people who would come together to perform every night, and they were best friends living on a tour bus and in hotels, and what they did was so incredible that hundreds and thousands of people from different walks of life, with different political views, came to see them. They were unwittingly tuned to each other because of what these people were doing on stage every night. I mean it’s just simple, but music unifies.” The philosophically-minded Taylor is quick to point out that only the music can take credit for this magical unity and not the musician, who is merely the conductor of harmony.

Though he was not a fan of school when growing up on the islands of Manhattan and Martha’s Vineyard, Taylor has studied a great deal of philosophy and religion, something he attributes to discovering the art of kung-fu early on.

“I found kung-fu when I was young and definitely needed something to focus and discipline my physical self,” recalls Taylor, who traveled to China at 16 to study the martial art. “I didn’t have much self beyond the physical at that point, so that was the right art at the time. But now it’s very much my spiritual, energetic and musical self that I find I need to express, discipline and hone.”

Taylor’s latest musical expression comes in the form of Listening, the singer-songwriter’s first full-length album in four years. With influences as diverse as Stevie Wonder, Nina Simone, John Forté, Paul McCartney, Bill Withers and MC Chaos, the record is a mélange of folk, pop and soul with touches of reggae, country and hip-hop, creating a mongrel mix or, as Taylor describes it, “music for mutts.” “It’s like the next step of folk music,” he explains. “It’s folk music for very eclectic folks.” Considering Listening a musical evolution in which he only writes songs that “need to be written,” Taylor covers everything from the musical mastery of his bass player (“Dirty”) and outsourcing (“America”) to the transience of life on “Worlds are Made of Paper,” which features his mother and sister on backup vocals. 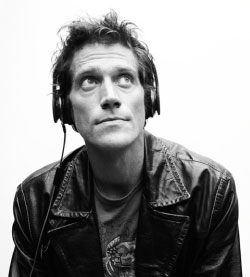 Much has been made about the similarities between Taylor and his father, from physical attributes to the distinct sound of their soothing voices, but the younger Taylor, who has a much deeper speaking voice, displays a more versatile vocal range on songs like the Beatles-esque “Vespa’s Song” and “Next Time Around,” in which he channels Johnny Cash. His approach to songwriting also seems more on par with his mother’s.

“I’m pretty forthcoming about it, like her,” reveals Taylor, who now resides on Martha’s Vineyard full time. “And I write very literally so that people can understand what I’m trying to say, whereas my father has a strange magic about his poetic ambiguity. He really does conjure his feelings, so it’s definitely more emotional than intellectual. I wish I could do that better; it’s something I’m gonna work on.”

Along with working on his craft, Taylor promotes music education and volunteers with food organizations in his area, believing solutions to the big global problems start at the local level. And he’s still learning to listen more, something he does with the help of his audience.

“You don’t really hear a song until you get it onstage and play it live to an audience of strangers,” Taylor says. “The editors, friends and family that you’ve known for so long don’t really let you hear it. So it’s really a better model to write a song and take it on the road for a year before recording it.” When touring in support of Listening, Taylor will also be road-testing some new songs, trying to hear them for the first time through the ears of his audience.