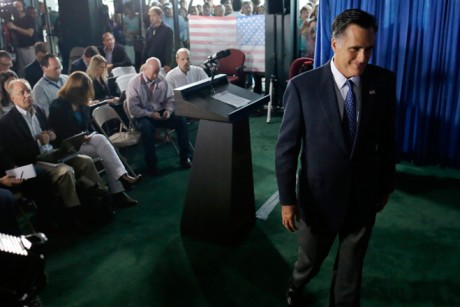 It was one of the most effective ads of the 2008 election cycle. The 3AM phone call… Who would you want to have answer the call about an unnamed international crisis occurring in some far-flung corner of the globe? Both Hillary Clinton and John McCain tried to make the case that Barack Obama wasn’t ready to answer the call.

In 2012, with the body of Osama bin Laden at the bottom of the ocean, and several of his confederates only identifiable by DNA, if sheer terrorist body count alone is the marker, then Barack Obama has done a remarkable job. The president must do more than wage war; he must also fight for peace and diplomacy. There again the president is doing his best in a complicated and dangerous world.

It is why folks like J. Christopher Stevens and the three other diplomatic staff who lost their lives were so invaluable to the United States, Libya and the world.

But I understand, and I hope all of you do as well, that the responsibility of the president is extremely complex. As president, you are the steward of the nation. Like a shepherd, you must guide and encourage, but you are ultimately responsible for the well-being of the entire group, so you won’t sacrifice them for the sake of profit or your own vanity.

Yes, the president is the steward of the nation.

After September 11, 2001, we recognize the importance of having a wise, decisive steward of the nation who would act when told there is an imminent threat on American soil. But rehashing that aspect of American history is best left for another day. Today is about September 11, 2012, and the rash behavior of one man who wants to be President of the United States.

On September 11, 2012, as we remembered the fallen, and later as events unfolded in Libya and Egypt, another man displayed why he DOES have the temperament to continue to serve as the steward of our nation, while another man showed us that his overweening ambition and scant judgment leave him ill-equipped to serve as president.

You see, Mitt Romney has been trying to hold up his experience as a “Master of the Universe” as the key reason he should be president. But a “Master of the Universe” doesn’t care about the well-being of everyone, he only cares about himself. He assesses every opportunity to determine whether he can advance his own agenda…to score points and appear larger to the markets, the press, the stockholders – and to his own ego.. The truth and consequences are usually the first victims in the vainglorious campaign of a Master of the Universe.

If I was a “Master of the Universe,” I would demand that Mitt Romney turn in his membership card, keys to the clubhouse, and banish him forever, Romney is making high powered business executives seems feckless, opportunistic, soulless, mean, dishonest, and shifty, which isn’t easy. We thought that kind of behavior of dominated by career politicians like Paul Ryan.

These men and women – Masters of the Universe – like to give off the appearance of talking first and thinking second, but they are very deliberate when it comes to money and the management of risk. It is with the human cost that things tend to fall apart. We saw it with Romney’s handling of the tragic events in Libya. He couldn’t keep politics out of it, even for a moment. Mr. Romney didn’t express respect for a career diplomat or concern for his family as a starting sentiment. No, instead, Mr. Romney smirked and sneered, as he tried to convince America that he understood foreign policy by displaying a lack of understanding of human interaction. Craven and opportunistic are words that keep coming to mind to describe Mr. Romney as a politician, especially after today.

The video that arguably sparked all of this trouble is stupid and worthless. What all of the folks, and Harvard Law School graduate Mitt Romney, should remember is that the First Amendment doesn’t provide for absolute and unrestricted free speech rights. Hate speech isn’t protected, nor is the equivalent of shouting fire in a crowded theatre. Religious freedom is in the First Amendment, along with Freedom of Speech. So when some jerk makes a dumb, low-rent video that infringes on another group’s religious freedom, we all forget that religious freedom and respect should be afford to all Americans, not just Christians and Jews.

What was most striking was that Romney displays he forgot the Bill of Rights, because he was most interested in the potential opportunity to score political points rather than soothing the frayed nerves of a nation. He didn’t seem to realize with each word he said about President Obama, he made his opponent appear more presidential and his own candidacy seem less prepared to lead during times of crisis.

The situation in Libya and Egypt is delicate. On September 11, Romney prematurely released a statement WITHOUT THE FACTS. If you are a Master of the Universe, that is perfectly fine. If you are the steward of the nation, lives can be lost because of your bad judgment and impetuousness. Whatever points Mr. Romney thought he would gain were lost because we all saw his maneuver for what it was, a Master of the Universe who was out of his depths. It is disgusting to try to jump into a foreign affairs crisis for political gain. It is inexcusable to try to spin the loss of life from this crisis, which Romney didn’t seem to understand, for political gain.

Even when it was clear that he had spoken too soon and without the facts, while the situation was unfolding a Ambassador Stevens was still missing, Gov. Romney would not admit his mistake. Instead, he “doubled-down.” Again, this choice made him appear less presidential, not more so. Gov. Romney could have admitted the error of releasing his statement while the events were unfolding, expressed his deepest sympathies for the families of those who lost their lives, and pledged his support to President Obama during this time as we seek to bring the perpetrators of this vile act to justice. And then, he could wait because if President Obama rebuffed him, the President would have looked less than presidential. But as has been the case with Mitt Romney, this political wound was self-inflicted. But for the voter, it was quite revealing.

Mitt Romney has displayed how he would take the country back to the failed policies of the Bush Administration in foreign policy, but worse…The Romney Doctrine of foreign policy would be the Bush Doctrine on Meth. At least George W. Bush had a father who could counsel caution and moderation on the world stage.

After over a decade of war, it is time for America to move away from guns and towards butter. Romney is an uninformed Master of the Universe who should go back to the realm where his attitude and approach can win the day – Wall Street and private equity. I would rather let Romney play in that murky pool where, although his haphazard ways have consequences, he wouldn’t get Americans killed. 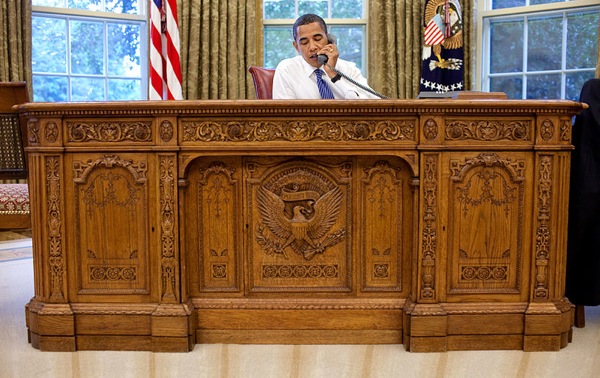 Masters of the Universe operate from hubris and self-interest. A steward of the nation operates with determination and concern for the collective. We need a man who will worry about the collective. Last week, Mr. Romney showed us that he isn’t that man. Let Romney have his universe. Give President Obama the nation.