Dating back to its origins in a rented house in Great Neck, Blue Öyster Cult has never been easy to pigeonhole. Like a Tin Pan Alley of the late 60s, writers, producers and music critics lived alongside the band members and influenced their sound. Everyone from Sandy Pearlman, Richard Meltzer and Patti Smith to Jim Carroll and sci-fi author Michael Moorcock contributed lyrics. 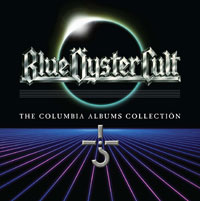 “We started out as a collective with [rock critics] Richard Meltzer and Sandy Pearlman, who was also our manager, living in our band house and providing lyrics,” recalls long-time BÖC member Eric Bloom, now 67. “Often they would be at our rehearsals and they’d put in their two cents, so it wasn’t just the five members, although the five of us certainly focused everything. But everybody had some credits in the early days.”

The group that would go on to open for Alice Cooper and Black Sabbath—keyboardist Allen Lanier, bassist Joe Bouchard, Bloom on lead vocals and rhythm guitar, Buck Dharma on lead guitar/vocals and Albert Bouchard on drums—grew up during the 50s and 60s listening to Roy Orbison, Motown and r&b, with one of their biggest influences being The Beach Boys. “We were all Beatles fans and, along with Cream, Hendrix and the Doors, I know a lot of the boys in the band really liked The Beach Boys,” notes Bloom. “[Our influences] came from all different places, but it all sort of gelled.”

“Black Sabbath is such a unique, monolithic entity, especially the Ozzy era, and I just think they stay true to it all the way through and we had more of a mix of kinds of material because we had five writers,” notes Bloom. “Our sound reflects the personalities of the members… I think we definitely have some metal songs, but I also think a song like our most famous work, ‘(Don’t Fear) The Reaper’ is the furthest thing from heavy metal.”

Rolling Stone’s Best Rock Single in 1976, “(Don’t Fear) The Reaper” was sung and written by Dharma, who has a penchant for horror themes—“Godzilla,” “I Love the Night,” “Nosferatu”—while Bloom is more into sci-fi and fantasy. “I’ve been drawing pictures of ray guns and rocket ships since I was a boy,” says Bloom, who co-wrote “Black Blade” with Moorcock. “Buck is more into horror like Stephen King and Peter Straub, but we all loved monster movies.”

The band’s sense of humor was never more apparent than in 2000 when Saturday Night Live unexpectedly satirized the recording of “Reaper” in a skit with the catchphrase, “More cowbell.” The sketch had Christopher Walken posing as a famous producer insisting on “more cowbell” in the song, with Will Ferrell playing the cowbell in the band. One of SNL’s “most unforgettable moments” wasn’t lost on Dharma or Bloom, who have watched it repeatedly. 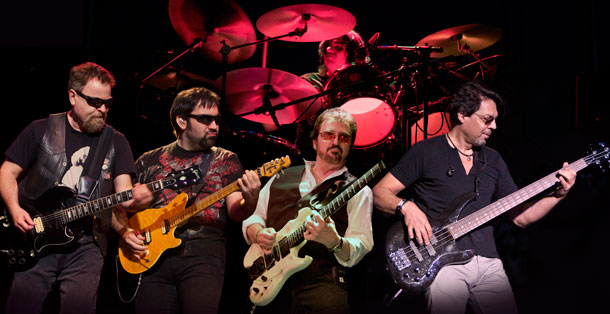 To mark the 40th anniversary of the band’s eponymous debut, BÖC is releasing a massive 17-disc box set, The Columbia Albums Collection, including remastered rarities and a live DVD just in time for Halloween. In celebration, founding members Bloom and Dharma will be performing with their current lineup and some surprise guests in Times Square for a “great party.” The band is also playing its first all acoustic show at the Landmark on Main Street in Port Washington the night before. But it would be a mistake to expect these gigs to be live shows predictably based on only the favorites, like the explosive “Cities on Flame with Rock and Roll.”

“We understand people want to hear the obvious stuff and we play it,” says Bloom, “but I change the set list on a nightly basis depending on what kind of show we’re playing. If it’s an evening with Blue Öyster Cult, like the Landmark and NYC shows, they’ll be some deeper cuts mixed in because people are there to see us.”