Music artists from various groups step out on new projects. 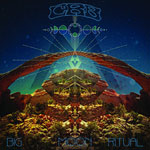 Chris Robinson returns with a new group three years after the last Black Crowes studio album of original material. The Chris Robinson Brotherhood features one additional Black Crowe, a member of Burning Tree, Neal Casal of Ryan Adam’s Cardinals and George Sluppick. This new group blends mellow jamband grooves with Robinson’s sweeter songwriting side. As on latter Black Crowes albums, Robinson finds a nice balance between good songs and an organic live-in-studio sound. This is yet another excellent Chris Robinson side project. 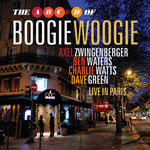 Watts once again returns to his jazz roots while the Rolling Stones are on hiatus before their final victory lap next year. Watts explored many jazz styles in the past, most notably the music of Charlie Parker. This new group features piano-based boogie woogie music in the vein of Meade Lux Lewis and Pete Johnson. There is also a strong Mose Allison influence. Watts is clearly enjoying himself on this live album recorded in Paris. 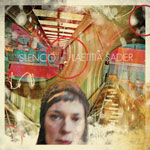 With Stereolab disbanded and Monade currently on hiatus, Laetitia Sadier now releases her second solo album. The album is a dramatic change from her Stereolab recordings. By turns sparse and lush, the music here eschews Stereolab’s kinetic, studio-crafted, retro 60s style. This new style is very cinematic like the soundtrack to a French new-wave film from the late 50s. This is clearly Sadier’s most dramatic musical change. 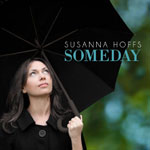 This is Hoffs first solo album since 1996. As she did with The Bangles and on her other projects, Hoffs displays her long love affair with pop music. She affectionately borrows the production and sugar-coated pop feel of one-hit wonders in spots. There are also plenty of convincing dreamy love songs. Mitchell Froom’s production leavens her 60s leanings to ultimately make this a very mature, understated music collection. 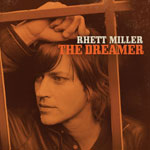 Rhett Miller somehow finds time to release solo albums, front the Old 97’s and work on many other side projects. Miller’s solo albums continue to showcase the more acoustic and romantic side of his music. This self-produced album is filled with countrified gems, most notably “As Close As I Came to Being Right” featuring Rosanne Cash. With each new solo album, Miller’s song-craft grows stronger and his voice takes on nuance and shading he often doesn’t reveal in the more roots, rockin’ sound of the Old 97’s.