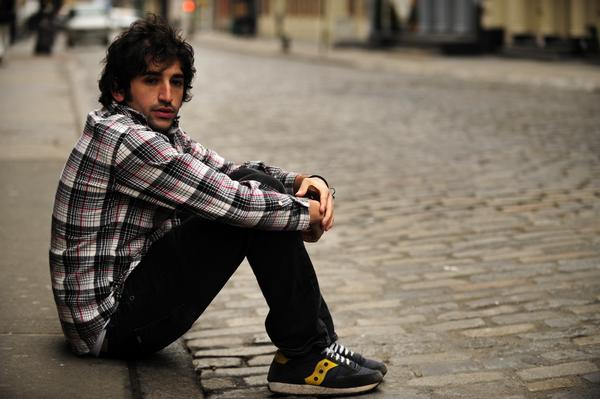 You’re worth the wait

From “Worth the Wait” by Jacob Jeffries Band

Singer-songwriter Jacob Jeffries is only 24-years-old, but he’s been playing piano since the wee age of five and started penning songs at ten. He and his bandmates–guitarist Jimmy Powers and drummer Eric Jackowitz–started jamming together in their teens hitting every dive bar, amphitheater and saloon in Florida. They’ve since won the Florida Grammy Showcase and have played, to much acclaim, with everyone from Sugar Ray and the Gin Blossoms to Dashboard Confessional. After a couple of EPs and a live disc, Jeffries believes his more rockin’ debut full-length, “Tell Me Secrets,” was worth the wait, claiming it’s “his introduction to the rest of the universe.”

“We had two years of traveling under our belts as a band and most of ‘Tell Me Secrets’ was written and recorded long before it was released,” notes Jeffries. “It was mainly influenced by family and friends and the relationships we all share in life.”

The band recently won the prestigious Bi-Annual Singer-Songwriter Shoot-Out in Atlanta, GA, which was previously won by the likes of John Mayer and Jennifer Nettles of Sugarland. The list of songwriters that have inspired Jeffries is quite extensive–Ben Folds, Tom Petty, Sara Bareilles, Stevie Wonder, Paul Simon, Wilco and especially, the Beatles.

“Growing up in my house, the Beatles were holy,” recalls Jeffries. “Questioning their music, critiquing anything about any of them was considered blasphemy and you’d sure hear it from my mom. She dug other groups but the Beatles truly were, and still are, the blueprint.”

You can hear that influence on “Worth the Wait,” which has a psychedelic Beatles-esque intro, with Jeffries channeling Lenny Kravitz on vox. The band’s sound has been described as soulful, piano-driven pop-rock, but Jeffries doesn’t like to get too specific:

“I can’t pin-point a specific description. We’re like a nice big salad with tons of veggies and faux meats–I’m a vegetarian–doused with like 8 different dressings. Got it? We sound like a salad.”

Get ready for a big salad sound on Tuesday, September 25th when the Jacob Jeffries Band, who recently moved to NYC, hits the stage of the Map Room at the Bowery Electric in Manhattan for a free show with mostly new material and “a sweet cover or two.” You can also check them out at Sullivan Hall on October 19th for a CMJ showcase in the city.

“New York is a fantastic environment to play music,” says Jeffries, who resembles a young Bob Dylan, “but an even better one to be inspired. As hectic and bustling as the city gets, there is still a warm, cozy vibe felt in a venue when someone is onstage shedding their heart through song, dance, poetry… there is just so much to experience and enjoy and somehow it doesn’t get old or worn out… Right now, I’m eating the city up.”