Anniversary Porter (1) is limited to 233 bottles. 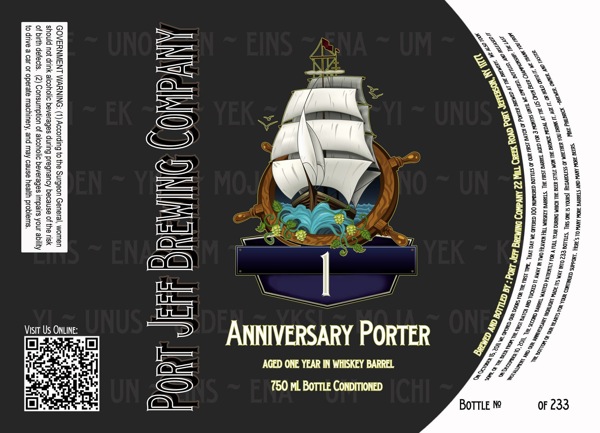 On October 15, 2011 we opened our doors for the first time. That day we offered 100 numbered bottles of our first batch of porter brewed at the brewery. We also took some of the beer from the first batch and tucked it away in two Heaven Hills whiskey barrels. The first barrel aged for 3 months until we emptied, bottled, and released it on December 10, 2011. The second barrel waited patiently for a full year during which the beer style won the bronze medal at the US Beer Open Championship. The last installment and our anniversary highlight made its way into 233 bottles. This one is yours! Regardless of whether you drink it, age it, or hold onto it, we thank you from the bottom of our hearts for your continued support. Here’s to many more barrels and many more beers.