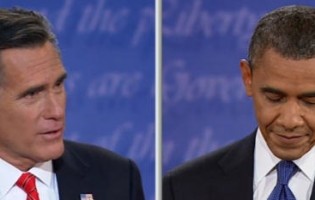 I was raised to believe that it’s not nice to talk behind people’s backs, so I am bringing my concerns directly to you. When I say, with all due respect, I sincerely mean it. And so it is with all due respect that I must discuss Wednesday’s debate with you.

I have watched you with admiration since you delivered the Keynote Address at the 2004 Democratic National Convention. And while I have some policy concerns (e.g., the ongoing housing crisis, aspects of Wall Street reform, and the NDAA), I do believe that you are the best candidate for these times. The interests of the middle-class, the elderly, Generation X and Y, college students, veterans, women, immigrants, the LGBT community…well, 99% of the country are better served by the policies advanced by the Democratic Party. Unfortunately, many of our concerns weren’t discussed in the debate because Gov. Romney hijacked the debate with lies and talk about Big Bird. You can change that by making sure Gov. Romney is accountable for his past statements and explicit about his future policies.

However, Mr. President, you understand as well as anyone that politics has become as much about perceived style as it is about policy substance. Wednesday night, Sir, you were a policy wonk in the worst sense of the word. Wonks can often present policy in a manner that is dry and uninteresting, without regard for whether the audience is engaged or interested. You are known as “No Drama Obama.” Awesome, but no drama cannot be confused with no life or no preparation. Mr. President, on Wednesday night, you appeared both lifeless and unprepared. I don’t believe that the demands of the office have sapped you of your charm and star power. But it’s not me you need to convince.

What happened? Was last night a part of a larger strategy? Have you been watching Muhammad Ali fights? Do you want us all to recall that larger than life figure in American culture, is that why you hung back evoking images of Ali doing his classic “Rope-A-Dope?” Are you trying to make Romney the dope? It’s an interesting idea, but you run the risk of looking like a dope yourself since there is no margin for error as the clock winds down toward Election Day. Put up your dukes, Mr. President. If you are fighting for us, then fight.

Was it a legal strategy? Were you trying to offer testimony on the record so that you can impeach him and expose his perjury later? Oh, you were trying to give him enough rope to hang himself. But then why didn’t you immediately go back and point out the lies? President Obama, you know that in the 24-hour news cycle a lie repeated loud and often enough becomes the truth. It is your responsibility to make sure that the truth comes to light – not just for your sake, but for the sake of the American voter.

Mr. President, I do not understand how you could let Mitt Romney hit the American public with lie after lie, and then run from his own record. How could you let him lie about issues important to all of us, from taxes to Obamacare to Medicare to Dodd-Frank? There were so many lies that Mitt Romney and Paul Ryan would tell us that it’s so complicated that they couldn’t go into now…it was that many lies. But you let those lies go unchallenged.

Was it a lack of preparation or a lack of political bloodlust that caused you to be so polite? To quote Mitt Romney, “this ain’t bean bag.” Politics, like life, is a full contact sport. Sir, while you were factually correct, debates aren’t watched for facts, they are watched for style. The folks who think you lost the first debate believe this because they preferred Romney’s style, certainly not because his performance has held up to fact-checking. Please be our prosecutor. On direct examination of Romney, insist on specifics, and when those details don’t make sense – CALL HIM ON IT! Democrats will love you for it, and Independents would respect you for it.

And as you prepare for the next debate, I encourage you to remember that Mitt Romney is taking great pains to make sure that he is prepared. Leave nothing to chance. Prepare, and then prepare some more. Don’t give talk of inadequate preparation any oxygen. And as we saw Wednesday night, you must be prepared for anything, ranging from poor moderation of the debate to Mitt Romney 75.0, yet another version of your opponent as he shakes the Etch-a-Sketch. Don’t let it escape America’s notice that Mitt flips, flops, flips, then does a double twisting back lay-out, and the truth is nowhere in the vicinity.

Whoever was responsible for prepping you for Wednesday night’s debate is guilty of political malpractice, which is a charge I normally level at the Romney campaign. Don’t allow it to become a habit that I can make such an assertion stick about your campaign.

Since discussions of the debate have been overwhelmed with sports metaphors, Sir, it’s time for you to get your game face on. You must treat the next two debates like Game 7 of the World Series or World Championship or the last quarter of the Super Bowl. It is now or never. So Mr. President, you have to leave it all out there on the floor. 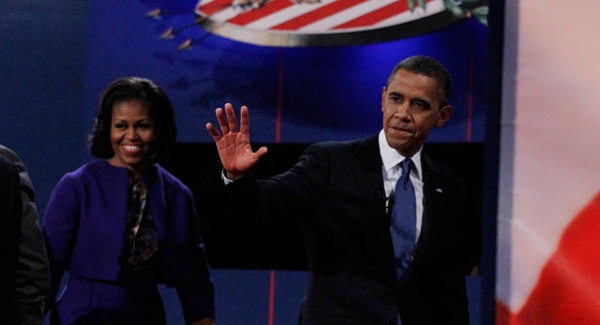 And Mr. President, you seemed joyless and almost pained in parts. Have some fun in the dismantling of the deceitful mass of political contradictions that is the Romney/Ryan ticket. Please remember the one thing you have that Gov. Romney doesn’t…likeability. Most of America likes you, and no one likes a liar. Expose him for what he is.

After the debacle, everyone has 20/20 hindsight. We all are full of critique, disapproval and judgment about your performance. But after the debacle, you, Mr. President have begun to make lemonade out of the lemons on the campaign trail with a fire and crisp delivery that was absent on Wednesday. But most important, after the debacle, you can review and assess to make sure that you don’t have a repeat of the Denver Debate in your upcoming encounters with Gov. Romney. One thing is clear after the debacle; the biggest losers of the night were Jim Lehrer, the American voter and the TRUTH. You have two more chances to make it up to the American voter and the truth.

I hate debacles, but I love a good debate. Bring it! And please, next debate, look into the camera and speak directly to us. We’re listening.