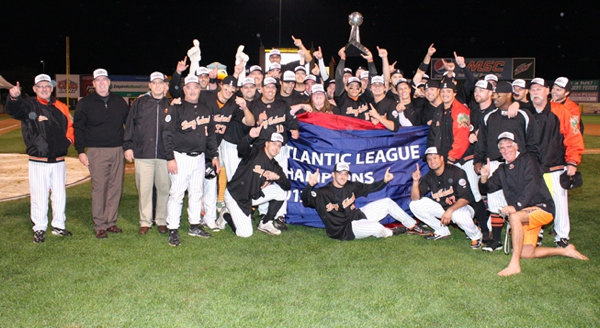 The Long Island Ducks beat the Lancaster Barnstormers, 5-4, after Dan Lyons brought up Matt Esquivel with a bunt single in the bottom of the ninth. The Ducks beat the Barnstormers 3-2 in the series to earn their second Atlantic League title.

Lyons was named MVP of the series.

“It was beautiful,” Lyons told Newsday. “I knew that we should have won the game on that play. I rushed my throw. I was down on myself and my teammates picked me up. It’s a feeling that’s indescribable.