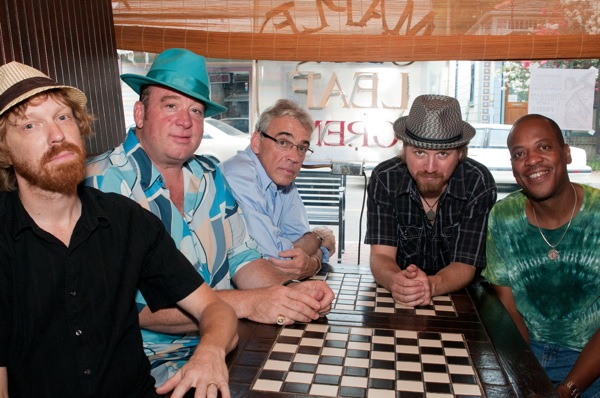 Whether you’re a Radiators fan or just like to hear some New Orleans funk, you won’t want to miss the lineup at Boulton Center for the Performing Arts on Friday, October 12th. Fish Head Stew is comprised of former Radiators members (including frontman Dave Malone) so you can expect to hear a full show of Radiators songs. And the New Orleans Suspects are an all-star group touring on the heels of the release of their self-titiled debut.

While jamming in 2009 at the Maple Leaf in New Orleans, Reggie Scanlan (former Radiators bassist) and Willie Green (drummer for the Neville Brothers) decided to pursue a side project. They recruited Dirty Dozen Brass Band guitarist Jake Eckert, Outformation keyboardist C.R. Gruver and James Brown Band saxophonist Jeff Watkins, to form the New Orleans Suspects. The New Orleans-based quintet, with vocals by Eckert and Gruver, will play a mix of originals and covers from the likes of the Allen Toussaint and Dr. John songbooks, along with tunes from their respective bands—the Radiators, the Neville Brothers and the Dirty Dozen Brass Band.

So head to the Boulton Center in Bay Shore on Friday night for some roots rock jams from the Big Easy.