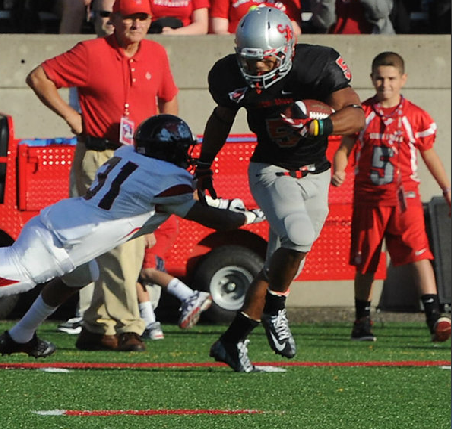 Another game, another day for Riverhead native Miguel Maysonet to show the country why he’s so impressive as Stony Brook’s stalwart running back.

The Seawolves demolished Gardner-Webb, 41-10, before more than 5,000 fans at LaValle Stadium on Saturday.

Maysonet rushed for 169 yards and had a 75-yard kick return for a touchdown. He also scored on a tackle-breaking 52-yard touchdown run.

“Scoring on the kick return allowed our offense to rest,” Maysonet said in a statement after the game. “I don’t try to do anything other than do my part to help this team win.”

Maysonet’s kick return was the first special teams touchdown of his career. He now has 44 total touchdowns at Stony Brook.

He also became the first Big South Conference player to rush for more than 4,000 yards after a 19-yard rush in the third quarter against Gardner-Webb.

Stony Brook still has three regular season games left, plus a playoff run which still awaits, meaning Maysonet has plenty of opportunities left in 2012 to make a case for the Walter Payton Award, given to the top offensive player in Division I FCS.