A rich harvest of CDs from great American musical artists and groups. 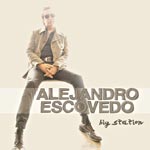 Few artists who emerged after the musical cultural explosion of the late 60s and early 70s can match the commitment, intensity, resilience and sheer talent of Alejandro Escovedo. Nearly derailed by a debilitating illness almost ten years ago, Escovedo returned with a vengeance a few years ago. Continuing to work with producer Tony Visconti, Escovedo makes brash, punk-inspired rock filled with hope and heartbreak. This new album includes electronic coloration in spots, but is as rootsy as a Texas honky-tonk on a Saturday night. 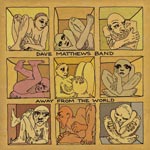 Dave Matthews Band
Away From the World
(Bama Rags/RCA)

The Dave Matthews Band’s new release is the group’s most sure-handed and confident album to date. Steve Lillywhite, who produced the group’s first three albums, is back and the pairing makes for a cohesive, forceful sound. Matthews continues to write music and lyrics of hope. If there is one message he makes clear on the group’s last two albums in particular, it is to enjoy the moment and make the best of everything life has to offer. 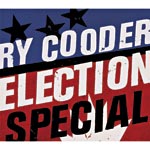 Ry Cooder isn’t pulling any punches on his most overtly political album. Some may decry Cooder’s partisan attack on the Republican presidential candidate, but his sly musicianship and at times fall-down funny sense of humor makes this album highly entertaining. Cooder also effectively skewers the 1 percent, Guantanamo and the general corruption, misinformation and plain foolishness of certain elements of the political establishment and mass media. This musical polemic is a chilling and sober broadside from one of American music’s true originals.

Willie Nelson is nearly 80 years old and shows no signs of slowing down. In fact, it seems his albums only get better with age. Heroes is primarily a duet album with his son Lukas. There are also collaborations with Sheryl Crow, Merle Haggard, Kris Kristofferson, Billy Joe Shaver, Ray Price and the unlikely Snoop Dogg. The arrangements and production and Nelson’s voice are near-perfect and his cover of Coldplay’s “The Scientist” is a testament to the greatness of the song and the depth of Nelson’s interpretative skills. For laughs, check out “Roll Me Up.”

Counting Crows has only recorded six albums in nearly 20 years. This newest, its first in four years, is primarily a covers album. While it’s an unusual step for a group so adept at songwriting, the interpretative power of this great American group makes these familiar and not so familiar songs all its own. There are many highlights, but Fairport Convention’s “Meet On the Edge,” written by well-known member Richard Thompson is the hands-down winner. Covers of Gram Parsons, the Faces, Bob Dylan via The Byrds and even Pure Prairie League are also spot-on.