The expansive new Parrish Art Museum building in Water Mill, which opens this month, is across the street from a farm and next door to a winery, notes Terrie Sultan, its director. “Food, wine and art—what more do you want?” she says. “The museum’s core value is to celebrate the creative legacy of Long Island. I think it’s brilliant.” She admits that pursuits like literature and music also contribute. Still, she’s got a core triumvirate of Long Island culture right there on Montauk Highway.

“I just want everyone to feel at home in this museum, because it is their home,” Sultan continues. “There will always be something to see, something to do. It’s a celebration of what makes this area special, different from any other area in the world.” A multi-purpose room for performances, films and lectures will broaden the scope.

Two artists who will have their work shown in the new structure—which sits on 14 acres and triples the exhibition space that was available in the 115-year-old museum’s former location in Southampton village—share Sultan’s enthusiasm about the impact of the move and the sense of a welcoming domicile.

“I have a feeling it will be a real destination for people,” says April Gornik, who lives in North Haven with her husband Eric Fischl, another noted artist. Seeking inspiration a few years ago, representatives of the architectural firm Herzog & de Meuron visited their home and side-by-side studios, she says. As a result (and based also on the architects seeing many local potato barns and barns-converted-to-studios, Sultan says), the 615-foot-long barnlike museum, with a double row of galleries inside and two peaked roofs over them “feels almost like home” to Gornik. A café offering food and wine “should lure people as well,” she says. 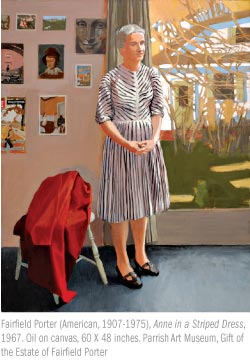 And the museum will finally have space to exhibit “Light Before Heat,” Gornik’s 1983 11-foot-long landscape. It is one of 2,600+ items in the permanent collection, formerly out of view, that will be shown on a rotating basis in seven of the 11 sky-lit galleries, Sultan says. Works by Fairfield Porter, William Merritt Chase, Esteban Vicente, Chuck Close, Willem de Kooning, Roy Lichtenstein, Jackson Pollock and other East End-identified artists will also be on display. The other galleries will be devoted to rotating shows focusing on one artist or a few related artists.

From April to July, drawings by Alice Aycock will move in. Aycock, who has a house in Noyac, says that when she first arrived in the East End, “it felt like home” partly because of its long-established and still-growing community of artists.
“It feels like home for the artist. What’s happening now is that we’re going to have a fantastic new museum that will make that obvious to other people.” Aycock, who makes many large-scale public sculptures, has a home and studio in Manhattan. Her East End house, she says, “is about having a life and little bit of a reprieve.” The drawings in her exhibition reveal her “thinking process. They’re fantasy drawings, ideas.”

That fits into another of the museum’s core values, “revelation of the process,” Sultan says, reflected in exhibitions like Aycock’s (and the inaugural one of works by Malcolm Morley of Bellport). Revelation is also part of the architectural plan, which was modified in 2008 after the financial meltdown, from an $80-million structure to $26.4 million. 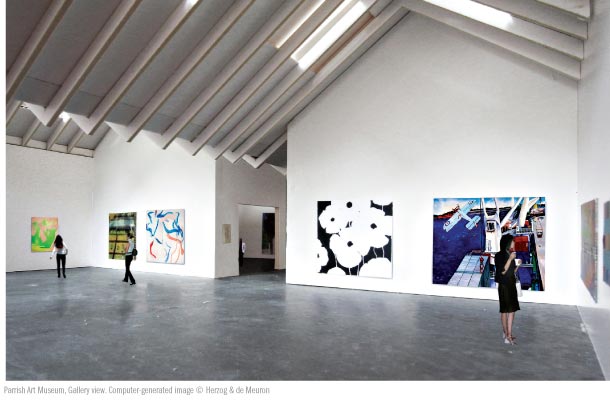 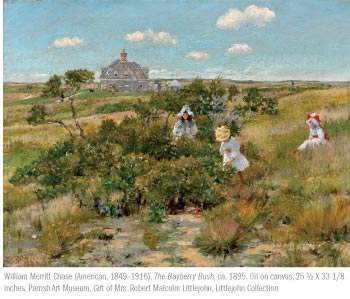 But don’t call it plain. “It’s a beautifully pure and simple building, made of concrete, wood, glass, steel and aluminum. The color palette is brown, black, white and gray, very minimal. In many places, like the façade, the cast concrete is left pure. You can see the aluminum roof and the wood beams. You can see the bones of the building.”

Outdoor areas are part of the plan, too, including a covered exterior lobby, a terrace and a park around the building. People can donate as little as $30 to plant a tree, Sultan says, “so everyone can feel part of the building. This is the community’s museum.”

Community outreach plays an important role in the kickoff celebration. November 10, the grand opening day, is free to the public, with free admission continuing for the next two days. Prior to that, November 3 and 4 include special events for donors, members, volunteers and others, followed by five days of special access for members, donors and residents of the Southampton and Tuckahoe school districts.

The new location, on the Hamptons’ main thoroughfare rather than in a village, is beneficial, Sultan says. “I like to joke that we’ve moved to the Switzerland of the Hamptons, to neutral territory. That makes us the museum of the entire East End of Long Island.”