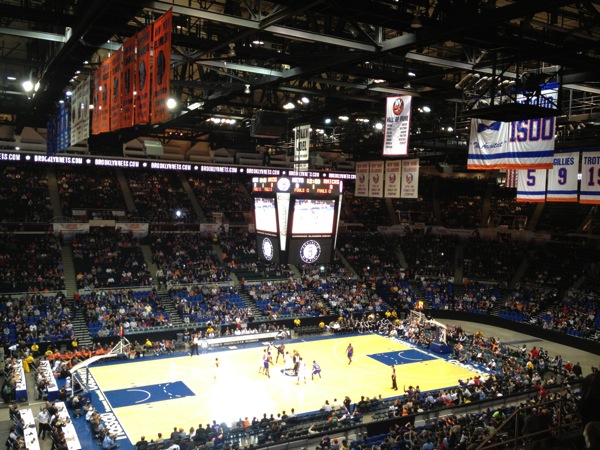 On the same day it was announced that the New York Islanders would leave the Nassau Coliseum for Brooklyn, the New York Knicks and newly formed Brooklyn Nets were playing hoops in Hempstead, N.Y. earlier this week for their final preseason tune up.

On a court that looked awfully similar in the 1970s, the Nets wore red, white and blue throwback jerseys just as they did when they played on Long Island from 1968-1977. It wasn’t a bad time as the Nets won two straight A.B.A titles before departing for New Jersey.

This time, however, the Nets were the brunt of loud bouts of booing, as the Islanders fans in attendance were still raw from the day’s news about their beloved hometown hockey franchise.