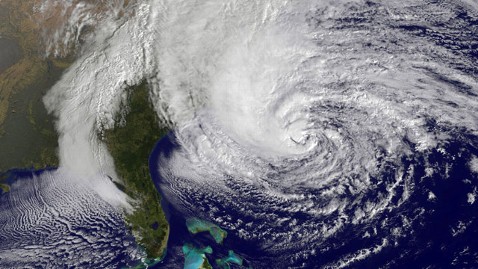 It is late October. Our thoughts should be on Halloween, Election Day, Thanksgiving or the many other fall rites of passage as we barrel toward Christmas and winter. But for those of us on the East Coast or who have loved ones on the East Coast, all we can think about is stormy weather. Hurricane Sandy is lumbering toward the New York Tri-State Area with the icy, yet plodding, determination of “The Godfather’s” feared enforcer Luca Brasi.

A hurricane in New York in LATE OCTOBER? I don’t know why some folks think climate change is a lie.

Although the technical dates of the 2012 Atlantic hurricane seasons are from June 1st to November 30th, it is extremely unusual that a hurricane would manage to make its way up the Atlantic Coast at this time of year. I am no meteorologist, but from what I understand, arguably, the water should normally be too cold to allow a hurricane to intensify. Sandy is intriguing because she is appears to be something of a weather hybrid, a Frankenstorm – she’s both a hurricane and a traditional Nor’easter associated with this time of year. No matter how you classify this storm, Sandy is dangerous.

If Sandy weren’t dangerous, then the federal government and New York-based financial trading floors wouldn’t have closed today. If Sandy wasn’t a substantial storm, towns along the coast of New Jersey and the south shore of Long Island wouldn’t have been evacuated. If Sandy didn’t give us something to be fear, then several states, including New York, New Jersey, Pennsylvania, Connecticut, as far north as Maine, and as far west as Ohio would not have declared a state of emergency prior to the storm making landfall. Sandy is enormous and slow-moving. Every report I hear makes her sound more and more ominous.

Whether you planned to move about by planes, trains, or automobiles, if you haven’t gotten where you are going, forget about it. Although the major New York airports are open, the runways are flooded, and the terminals are eerily empty. The Midtown, Holland, Lincoln, and Battery Tunnels are either closed or about to be closed. The New York MTA has taken the virtually unprecedented step and shut down subway service. The MTA hasn’t halted service since…LAST YEAR when Hurricane Irene blew into town. 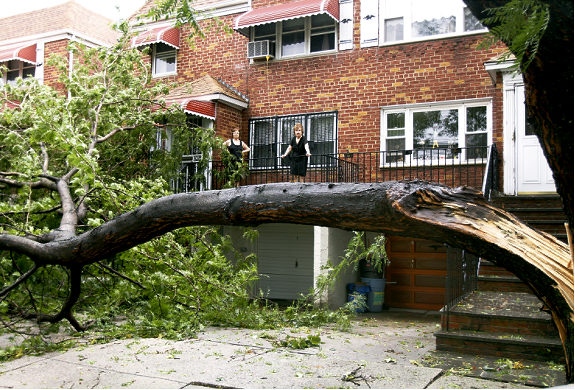 As Yogi Berra said, this is deja vu all over again. Mass transit shut down. People price gouged panicked consumers trying to get gas and D-Cell batteries. There was the near certainty that the power would go out, but the equal uncertainty about when the lights would come back on. Some folks spent weeks without power in the wake of Irene. Property damaged. Businesses lost money. The estimates said that there was a total of $15.8 BILLION of damages due to Irene. But it was summer. It seemed reasonable to experience a hurricane, even one so horrible with such prolonged and expensive devastation, in the summer.

It is autumn now. It doesn’t seems reasonable that the entire Eastern Seaboard is bracing for a tropical storm so big and complicated that it has been called the Frankenstorm. As much as I hate snow, isn’t that more appropriate for this time of year than a hurricane?

At a certain point, we have to start asking questions because things seem different from what we remember. In my opinion, we are long past that point, but maybe the one-two punch of Irene and Sandy will be the wake-up call that some folks need to begin to think about these issues. 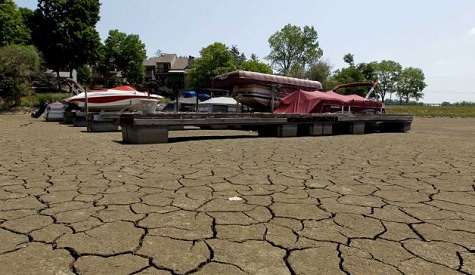 We just had the warmest year on record, with wildfires and droughts and reminders that the climate is changing. 2012 was also the year that a former climate change skeptic, who is funded by the Koch Brothers, came around and accepted what many of us already knew: Global warming is occurring and greenhouse gases from man-made emissions is the primary cause.

If you read this before the storm, please learn the hard lessons taught by Katrina and Irene – there is no valor in riding out the storm in the path of danger. If you are told to evacuate, please gather your loved ones, your pictures, and your important documents (e.g.,birth and marriage certificates, insurance documents) – AND GO! If you don’t have to evacuate, look in on neighbors who are older or unwell to make sure they are okay. Check www.ready.gov for additional emergency information.

I don’t know why some folks think climate change is a lie. But today it doesn’t matter. What matters is whether you, my family and friends are safe. In the face of this very stormy weather, my prayers and good thoughts are with you. Be safe.