Rock music fans are well aware of such English guitar gods as Eric Clapton, Jimmy Page and Jeff Beck. Another English guitarist, who may not appear on the very top of the greatest English guitarists lists, but who was one of the most in-demand players in the 60s and 70s, is Dave Mason.

Outside of his successful solo career as a singer and a songwriter and his time in Traffic, he toured and recorded with Delaney & Bonnie. His guitar playing graces both their On Tour with Eric Clapton album, which included Clapton and George Harrison released in 1970 and their studio album from 1971 entitled Motel Shot. He appeared as the only electric guitarist other than Eric Clapton, on Harrison’s All Things Must Pass, released in 1970, although members of the group Badfinger were present at the sessions.

Mason’s extensive guest guitar spots include playing acoustic guitar on “All Along the Watchtower” on the Jimi Hendrix album Electric Ladyland and playing on “Factory Girl” and “Street Fighting Man” on Beggar’s Banquet from the Rolling Stones.

You Can All Join In: The Traffic Years

Although Mason scored countless hit solo albums, his time with Traffic marked some of the best music the group recorded and for many was the classic Traffic lineup.

Between 1967 and 1974, the group went through countless lineup changes, although the core of the group was always Steve Winwood, Jim Capaldi and Chris Wood. Mason left the group after its debut album Mr. Fantasy in 1967 and its second, self-titled album in 1968. He returned for the group’s first live album Welcome to the Canteen in 1971.

Traffic continued on without Mason through the mid-70s. Chris Wood died in 1983 and Jim Capaldi died in 2005. Winwood and Capaldi had released one last Traffic album and toured in 1994, twenty years after the previous Traffic album.

Mason recorded an album with Cass Elliot of the Mamas and the Papas in 1971 entitled Dave Mason and Cass Elliot. He briefly joined Fleetwood Mac for one album, Time, and toured with the group in 1995.

Although he is an in-demand guitar-hero, Mason boasts an impressive songwriting catalog as a solo artist and a founding member of Traffic. He is a major concert draw for the classic rock songs he wrote such as “Only You Know and I Know,” a big hit for Delaney & Bonnie, and one of the great rock jams of all time, “Feelin’Alright.” Some of the hits he had as a solo artist include “We Just Disagree,” written by his band-mate at the time Jim Krueger.

Mason enjoys a rabid following on Long Island. He usually appears at least twice a year at a Long Island venue. On November 23rd at the NYCB Theatre at Westbury, Mason will appear “unplugged” on a triple-bill with Blood, Sweat & Tears and Eric Burdon and the Animals. It has been 15 years since Mason performed without a full band and the unplugged format gives him a chance to present an entirely different show. He will perform some Elmore James songs and such solo music as “Just A Song” and “Can’t Stop Worrying, Can’t Stop Loving” from his seminal solo album Alone Together.

Although he is a British artist, Mason has made his home in the states for many years. He explained why he left England for America so early in his career. “I wanted to go to where it all started—rock ‘n’ roll, blues, jazz, gospel, Motown. I thought I’d go to the source and see what happens. I went to Los Angeles and the only person I knew was Gram Parsons. For a couple of months I slept on his couch.”

Even with his work playing guitar on countless sessions, Mason cut his teeth developing his songwriting abilities to break out of being just another guitarist in an English rock band. Mason discussed how he started in a blues vein as a songwriter, but quickly changed as a founding member of Traffic. “I’ve always been more melody-driven,” he said about the bulk of his songwriting career. “I’ve always tried to write things that were somewhat timeless.” “Feelin’ Alright” is certainly timeless. Mason explained how he wrote the song on the Greek island of Hydra, after the release of the first Traffic album, at the age of 19. “I was trying to write the simplest thing I could possibly come up with,” he stated. A huge hit for Joe Cocker in 1969, followed by dozens of cover versions, it first appeared on Traffic’s self-titled album in 1968.

Mason left the group and returned several times. He talked about why he initially left the group. “I was 18 when we started the band,” he says. “The success of it so quick freaked me out and I left the band because I couldn’t deal with it.” Mason also indicated how a “songwriting rift” between him and Steve Winwood contributed to his departure. He said he felt he “wasn’t welcome in the group.” Mason summed up his time in Traffic as it related to there being four very distinctly talented musicians in one group. “These four powerful people were the strength of it, but that’s what pulled it apart at the same time.”

Traffic Back On The Road?

As for whether he would reunite with Winwood, Mason said, “Yes, of course I would. I think people would love it.” Mason says Winwood doesn’t seem interested and the two never really connected when Traffic was inducted into the Rock and Roll Hall of Fame in 2004. Mason is contemplating doing a tour called “Traffic Jam” to commemorate his time in the group, but currently he holds no specific plans.

Hanging Out in the 60s

He has fond memories of hanging out with the Beatles at the Sgt. Pepper sessions and having George Harrison give him the first sitar he owned. He remembers sitting around with Jimi Hendrix listening to Bob Dylan’s John Wesley Harding album and hearing “All Along the Watchtower.” As previously mentioned he later played on the Hendrix classic. That night the two retired to Olympic Studios, in London and recorded the version which appears on Electric Ladyland. Mason recorded the song for his own, self-titled album in 1974.

In summing up his distinguished musical career, Mason said, “I’ve always placed an emphasis on live performances. It makes for longevity.” 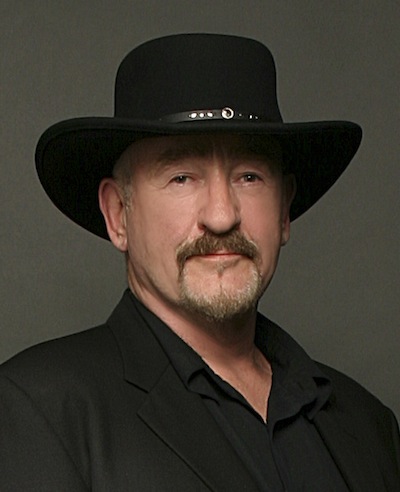