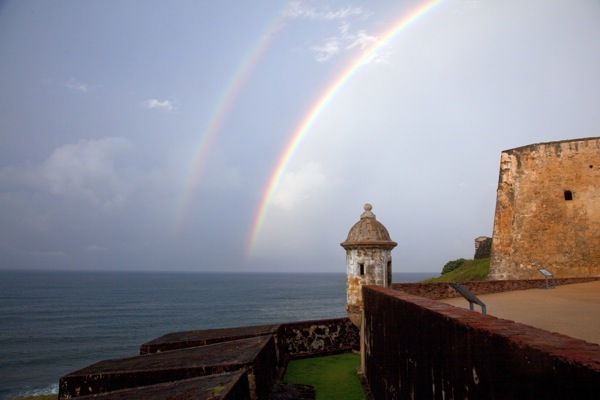 This sunny commonwealth is way more than a medley of restaurants and resorts. And, pro-American is an understatement. Old San Juan has many friendly establishments, but the Red Monkey, a restored multi-room colonial gem won me over. Here, I got into the nitty-gritty of this country’s polarizing take on whether Puerto Rico should remain a U.S. territory, become the 51st state, or strive for complete independence. One upside to its current status is Puerto Ricans boast their own Olympic team and contestants in Ms. Universe contests, not to mention they also have citizenship rights allowing them to study, work, and travel in the U.S. In addition, they have access to U.S. military protection and monetary assistance.

A downside to their status is having no control over imports and exports—and being unable to access cheap oil from Venezuela. They pay as much for gas as the mainland. There’s no apathy for anything political here. Puerto Rico averages 90 percent voter turnout and every notch of the AM dial is political talk radio, on speed. Although the U.N. doesn’t recognize Puerto Rico, it sure feels like its own country to me.

But here’s the most vital information: the average summer temperature is only 86 degrees; it rarely breaks 90, ever. And the people are friendly. Uncle Sam’s Caribbean is made up of four million salsa-dancing hybrids. The meld of indigenous natives, Spaniards, and Africans are looking forward to greeting you. 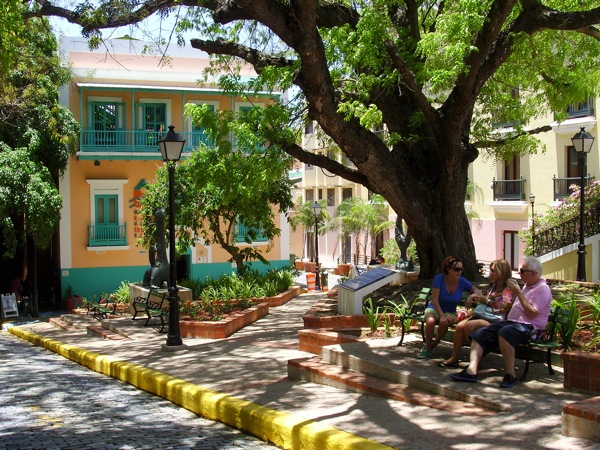 Old San Juan, like Havana and every other Spanish colonial city, charms at every turn. Many of its landmarks are older than anything on our mainland. In fact, El Morro Castle is the oldest fort and oldest National Park in the U.S. The Spaniard-made treasures in St. Augustine and Pensacola hijacked this design. Sixteenth-century architecture and antique homes painted in every pastel hue line Belgian-made cobblestone streets made from iron and stone, giving them a bluish tint. It’s another world. 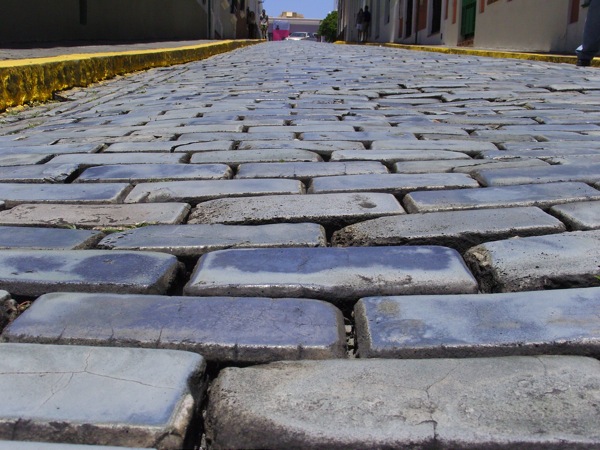 This 100-mile long island is as long as New York’s Long Island, but it’s definitely not flat. The island’s mountains include majestic limestone pinnacles and cliffs that shelter a gourmet coffee region, growing 100 brands and some of the world’s best. Ciales, a village in the island’s hilly midst has a coffee museum and an international tasting shop. A local connoisseur testified that premium coffee should only be mixed with 96-degree water, otherwise you’re burning away its essence. That temperature, by the way, is when water begins to accumulate bubbles on the bottom of the kettle. Puerto Rican coffee is even good enough for the Pope. Alto Grande, grown near Ciales, is the official coffee of the Vatican.

Coffee isn’t the only thing that brings people together. U.S. sports fans will find instant camaraderie here. Soccer may be the world’s most popular sport, with no shortage of fans in the Caribbean and Latin America. But in Puerto Rico, American baseball and basketball fans outnumber soccer fans. In fact, when local NBA star JJ Barea won the championship as a Dallas Maverick, Puerto Rico threw him a hero’s parade. Just like in the Philippines, the only place in Southeast Asia where basketball truly caught on, the U.S. built basketball courts across Puerto Rico, and they got the ball bouncing.

One of my early exposures to Latin American grace was watching Hall of Fame baseball player Roberto Clemente play when I was in elementary school. The first Puerto Rican to play Major League Baseball, he overcame American racism by example. He pioneered humanitarian work throughout Latin America, often delivering baseball equipment and food. He died in a 1972 plane crash just off the Puerto Rican coast while en route to deliver aid to Nicaraguan earthquake victims. His gracious manner was born here, and many of the island’s affable people uphold his kindly way. And it goes way beyond baseball. Not going on an A-Lister monologue, but both Sammy Davis, Jr. and Prince’s moms were born here. Celebrating life seems to be in the Puerto Rican blood.

I came away with a much better understanding of Puerto Rico. Sometimes, the second time is the charm. I look forward to my return to this happy, relaxed island.

* Whet your appetite at seepuertorico.com. Details on the Saborea Food Festival are on saboreapuertorico.com. Flights from New York are frequent and cheap. 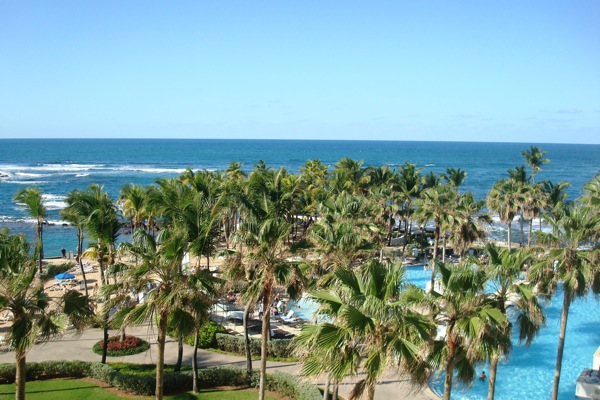 * The storied and sprawling Caribe Hilton overlooks Spanish fortification ruins and a 270-degree swatch of light Atlantic blue. The rambling beach area screams recreate. The pina colada was invented here. Joan Crawford tasted one and said, “Well, that’s better than slapping Bette Davis in the face.” The comment made the drink soar in popularity. Make sure your room isn’t near a roof vent or the truck delivery dock. The hotel’s in-house Lemongrass Restaurant rocks Pan Asian Latino. It’s a five-minute walk to the Saborea Food Festival. caribehilton.com 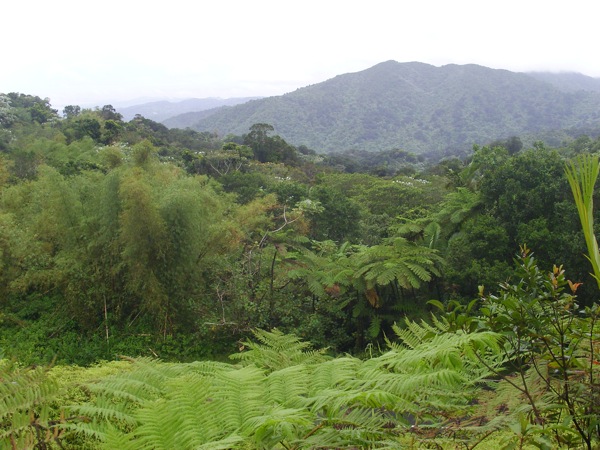 * El Yunque National Forest is the sole tropical rain forest in the U.S. National Forest System. The forest’s relatively small 28,000-acre size belies its importance. The highland forest maintains an average temperature of 73 degrees. Noted for its biodiversity and home to thousands of native plants, including 150 fern species and 240 tree species. El Yunque has no large wildlife species, but hundreds of smaller animals abound, many of which exist nowhere else. The Puerto Rican Amazon—a parrot species—is native to the island. Its population became endangered because of habitat destruction and was nearly wiped out altogether by Hurricane Hugo in 1989. The Puerto Rican government is working hard to repopulate the species.