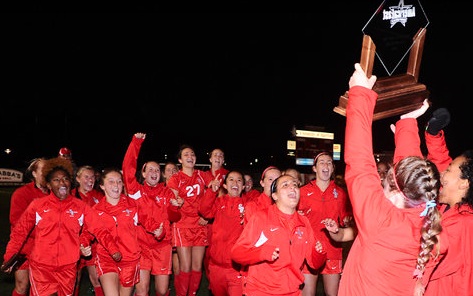 Both of the premier women’s college soccer teams on Long Island are headed to the NCAA Tournament.

Stony Brook, who won the America East Conference title, will travel to College Park, Md. on Saturday, Nov. 10 for a first round match against the University of Maryland.

Hofstra, who won the Colonial Athletic Association title, will play Boston College in Boston on Friday, Nov. 9 at 7 p.m.

-The Seawolves won their first America East Championship title this season
-Stony Brook is 12-6-3 this season, the most wins the program has had in a single season since 1994
-The Seawolves became the first No. 6 seed to win the conference title
-Stony Brook and Maryland have met twice before, in 2006 and 2010, and the Terrapins won both matchups by scores of 2-0

– Hofstra (11-8-2) will making its fourth NCAA appearance and first since 2010
-In the team’s last two trips to the NCAA Tournament, Hofstra has advanced to the second round. According to the university, the 2010 squad defeated UConn, 1-0, in the opening round before falling to No. 18 Boston College, 3-1. In 2007, Hofstra beat Ohio State, 1-0, in the opening round and took No. 6 Penn State into overtime before losing, 1-0.