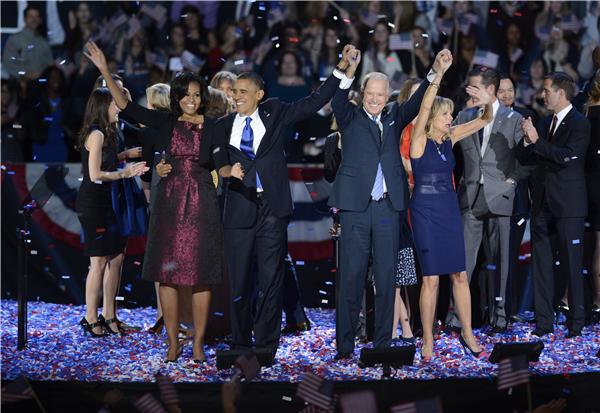 Barack Obama has won! But Election Day 2012…What does it really mean? While we are very focused on the fact that President Obama will remain in the White House for another four years, the Election Day results are full of complicated victories and valuable lessons.

It would be so easy to assume to take Election Day at face value. I would argue it would be dangerous to do so. Barack Obama’s victory in the Electoral College will look like a landslide, but an examination of the popular vote indicates a much closer race. Further, the results also show a very polarized nation. The Obama campaign is a study of modern political science and demography. They understood what groups constituted their base, and then they pursued them relentlessly. One group that didn’t fall into the Obama base in large numbers was white men who didn’t work in the auto industry. Married white women also were not big supporters of Obama in 2012.

As America’s first Black president anticipates his second term, this nation must confront its resurgent comfort with racism and negative racial rhetoric and imagery. As a candidate, Mitt Romney has the opportunity to repudiate the nasty and unnecessarily inflammatory racial and racist rhetoric spewed by his campaign surrogates. But Romney looked the other way as John Sununu, Newt Gingrich, and Donald Trump took to social media and traditional media in a game of racist one-upmanship with each other.

The role of the Latino community will take on mythic proportions as the story of the 2012 Elections will be retold…and rightfully so. After being discussed in a manner that was either dismissive or disgusting during the GOP primaries with talk of “self-deportation” or electrified fences, the Latino community was waiting for someone to say something reasonable. The executive order around the DREAM kids was policy change that the Latino community could believe in.

The LGBT community also knew it had a friend in President Obama, despite earlier frustration with him. President Obama repealed “Don’t Ask, Don’t Tell,” a policy that institutionalized keeping active duty military personnel in the closet. Conversely, a deployed soldier was booed during a GOP debate for asking a question. But the LGBT community and the world knew President Obama has the inclusive spirit contemplated when we say “We the People” when he expressed his personal support for marriage equality. 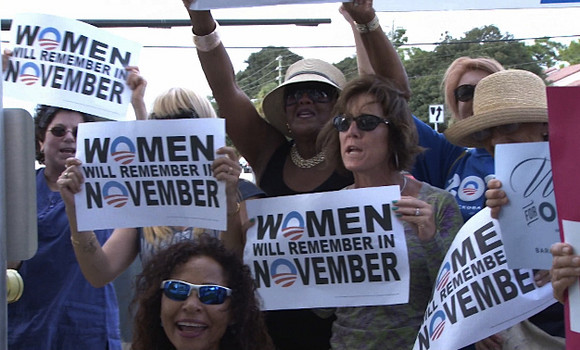 Women make up over 50% of the registered electorate. The first official act that President Barack Obama did was to sign the Lily Ledbetter Fair Pay Act, which makes it easier to sue based on gender discrimination. So Barack Obama hit the ground running where women are concerned and never stopped. The GOP presented themselves as the perfect foil to Obama, especially in the past two years. There were some, including me, who thought that this year was going to become the Year of the Women. Sandra Fluke was called a “slut” by Rush Limbaugh. Mitt Romney offered some lukewarm response and Barack Obama called Ms. Fluke personally. There are myriad compelling cross currents involved in the Affordable Care Act, or Obamacare. The landmark legislation of the first term of Obama Administration, Obamacare, is extremely beneficial to women, whether it is for our own care, the care of a child, or the care of an aging, sick parent. The Affordable Care Act is now safe from threats to “repeal and replace.”

The election of 2012 is noteworthy for women because it is the year that we rejected efforts to destroy progress and go back to a time when women had little control over their bodies and their earning potential. Throughout the country there were candidates for the House of Representatives and US Senate who expressed extreme views that would have endangered the physical and economic lives of women. Those candidates LOST! The idea that in 2012 there was a debate about the definition of rape is offensive and shocking. Let’s clear it up once and for all: Rape is rape because no means no. The law is clear about abortion, but the procedure should be available since it’s legal. The law is settled, let’s move on. I think paycheck fairness is one area where we could focus our energy instead. The fact that the Violence Against Women Act remains in limbo is unacceptable. But there are 20 women in the US Senate now, a record. Let’s hope that makes a difference and we can focus on issues that really matter to women.

President Obama will probably have the opportunity to appoint another Supreme Court justice. I think it would be amazing to see the first Black woman take her place in the highest court in the land. But there are many other firsts that could be achieved…first Asian-American, first Native-American, first open LGBT justice…there is need for diversity on the bench and President Obama is the person to achieve that goal.

The Obama campaign probably knew whether you preferred Coke, Pepsi or 7-Up. But the one thing they didn’t know was whether you would be subject to voter suppression or voter intimidation. This trend toward shaping the outcome of the election by controlling who can access the polls must stop. All of American benefitted from the fact that the efforts in Florida, Texas, Pennsylvania, Ohio and other states were not successful. The people who would have been disproportionately impacted would have been the elderly and college students. The folks who invested the country and to whom we owe a debt on one end, and on the other end, we have the generation we are trying to teach the value of civic engagement and instill the habit of voting…these are the targets of the GOP campaign of voter suppression. It is shameful. There is such hope for our country because groups like the NAACP and the Advancement Project successfully fought these voter ID laws and state officials. Here’s what was amazing, voters were energized by the obstacles, not discouraged. It didn’t matter what they need to get to do it, they were going to vote. We need to remember that every Election Day and have the same passion and commitment. 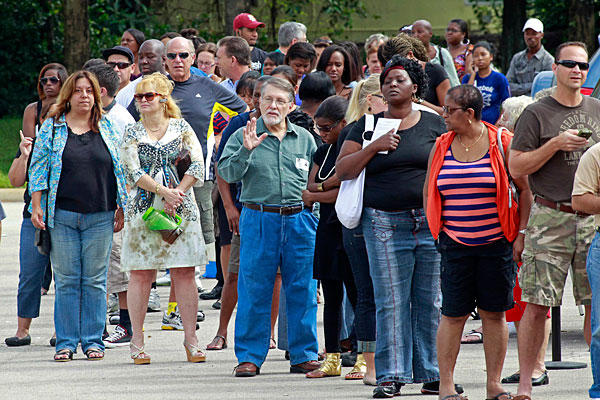 Passion and commitment… In the final analysis, that was what made the difference. This election was the most expensive election in American history on the federal, state and local levels. At the top of the ticket, almost $2 Billion was spent in pursuit of the White House, with the Romney campaign spending over $1 billion. This campaign was the first presidential campaign is the post-Citizens United world. The big money interests didn’t disappoint. The dumped money into the Romney campaign as though they thought they were buying tickets to the opera… Maybe they were. But all the money the world can’t buy passion and commitment. As Election Day drew closer, television ads lost their effectiveness, but passion and commitment motivated tens of thousands of volunteers who fanned out across the country to phone bank, knock on doors, and show up at rallies to support President Obama. Negative ads might move the news cycle, but a Get Out the Vote strategy moves voters.

The “Fiscal Cliff” and potential sequestration loom on the horizon if all of us don’t get our act together and move forward. The time for fighting is over. The time for unity has arrived. This is the United States of America, and we have just re-elected our president.

Election Day 2012…What does it mean? It means that we have to see that the country is changing is some wonderful ways…we embraced our better angels. But after some rest, it is time to get back to the work of restoring the nation economically, recovering from Sandy, fixing big issues like immigration, education and climate change and setting the course for a secure future.

On another day, there will be an autopsy on the Romney campaign, but not today. Today it is sufficient to say that President Obama won and GOP must do some soul searching about its tactics and its lowest common denominator assumptions about the country.

We all voted. The votes are counted. The work begins. Let’s do what Americans do…Thrive.