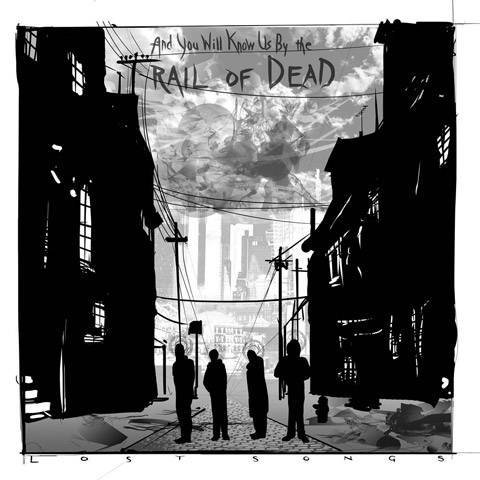 With the recent release of Lost Songs, …And You Will Know Us By the Trail of Dead has returned to its punk rock roots. Inspired by the Cure, KARP and Fugazi, songs like “Open Doors,” “Bright Young Things“ and “Catatonic” harken back to the late nineties when Trail of Dead was more punk than prog-rock. The guitar takes center stage on Lost Songs– whether it’s the power chords of the latter-mentioned tracks or the layered sounds of “Awestruck.”

The Austin, Texas quartet, featuring Jason Reece and Conrad Keely alternating guitar, drums and lead vocals, brings its electric show to NYC’s Irving Plaza on Friday, November 16th. There will be post-punk prog rock with a political edge. But will they destroy their equipment at the end? Head to Irving to find out…