Lurking in the sinews of a place or thing is everything experienced in that place or thing that came before it. It’s a lot like Toni Morrison’s idea of “rememory,” which is a kind of post-traumatic haunting. Or philosopher Edward DeBono’s notion that a memory is “what is left when something happens and does not completely not happen.” If we train ourselves to sharpen our vision, we can notice that the world is filled with rogue ghosts of history meandering in between our blinks and preoccupations. The present is the skin. The past is the blood, the guts, the bone, without which we collapse like paper-mache versions of ourselves. 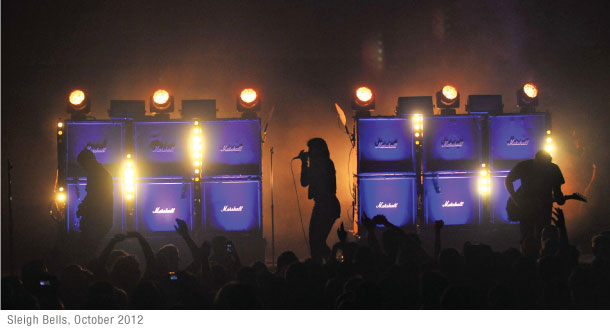 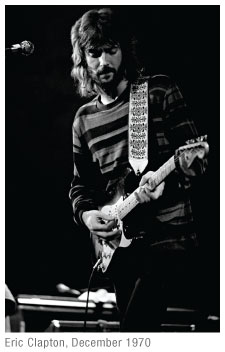 The air in Port Chester is usually crisp in the evenings, especially around this time of year. Its edges sharpen the mind. I’m outside of the recently reopened/reimagined/rebooted Capitol Theatre, just a block away when a young man calls out to me and asks if I need a ticket to the show. It’s 2012 but it’s also 1971, 1982 and 1997, too. Simultaneously. New and old. Around the corner, Grateful Dead fans huddle and warm their imaginations in a crowd of smiles and smoke. Upstairs, on the Metro North, the screech of the wheels imitate sustained guitar shrieks emanating from a young Mexican-American scorching the stage inside. On line, the dreamers sing their favorite Stones songs before the Janis show, or vice versa. Or Traffic. Or Bowie. Or Phish. On their iPhones. Online. Photos blur. New canopies dance with old posters. We’re bearded and free and in love. We have to be home by midnight to pay the sitter.

This confluence of new and old oozes from the ornate plasterwork that adorns this national jewel of a music venue and echoes from the balcony seats through the hallways under the stage all the way out to Westchester Avenue. It’s a tonic for serious musing.

Peter Shapiro (Brooklyn Bowl, Wetlands—if you remember the latter, then kudos to you, my friend) decided to breathe life into the world famous Capitol Theatre after it, well, went to sleep and lost its identity during a little jaunt of corporate events and private conflagrations (both literal and figurative). Did he know he’d be stirring up so many ghosts? Did he know that the town of Port Chester, with its blue collar charm and tough chin, would breathe a deep sigh of relief, which if heard through a slowed-down playback (à la Beatles), would sound something like “welcome back…we missed you”? Did he know that, even though the music industry is trying desperately to reinvent itself and stay alive while violently tumbling into the future, there is nothing like live music to warm the heart in the dead of winter or any other season?

There is simply nothing like live music in an environment that is built for live music. The Capitol Theatre has no poles or obstructions that hinder the viewing experience, which makes for some of the best sight lines in the country, and the state of the art sound and video systems massage the senses. There’s an infinity mirror, weird swirly art installations (fashioned by an artist who designed them for a U2 tour, I’m told) and quirky wallpaper adorned with a squirrel who doubles as a mascot/maestro for the psychedelic-drizzled aesthetic. Vintage old-school photographs in the sidebar shot by Joe Sia authenticate the vibe too. 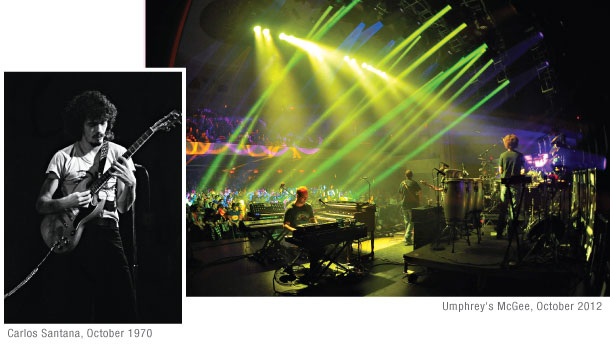 Shapiro and his very personable and kind staff have chosen to keep in line with tradition opting for rootsy programming with The Bowery Presents at the helm of the booking, but a visit to the new Capitol Theatre may be more than what will most assuredly amount to a very fine concert experience (probably one of the best you’ll ever experience) of jammish type rock and roll sprinkled with old legends like Bob Dylan who opened the theater this past September, and new legends like My Morning Jacket who plays a string of four shows in December. It may actually be a metaphysical trip down memory lane. Because those things that happened when you were young and inspired and so freakin’ alive? Yes. They never really unhappened. They’re there lurking in the shadows of everything you experienced, every place that lifted your soul to new heights. And The Capitol Theatre is representative of these special haunts. And if you’re lucky on some magical night in the not-so-distant future, you may run into a familiar friend while shaking hands and passing spirits moments before you have to leave—your incomparable and forever beautiful self.