So you’ve got a big purchase coming up. Wait, don’t tell me. You’re looking for a yacht, jet or maybe even a helicopter. I’m no mind reader; this information comes courtesy of the latest market analysis. You say you’re more than a statistic? You’re looking to stand out? Haven’t you heard the phrase, “Keep it simple, stupid”? Return to your roots and buy a car. A hot car.

In the car world (welcome back), you don’t get much hotter than me, the 2014 Aston Martin Vanquish. I’m new to the dinner party, having debuted this September in Paris, yet I’m being featured as Aston Martin’s flagship. For a company based in England, whose Navy once controlled much of the known world, that flagship term isn’t tossed around lightly. I haven’t come out of nowhere, either. Evolution has been at work, along with some genetic engineering. 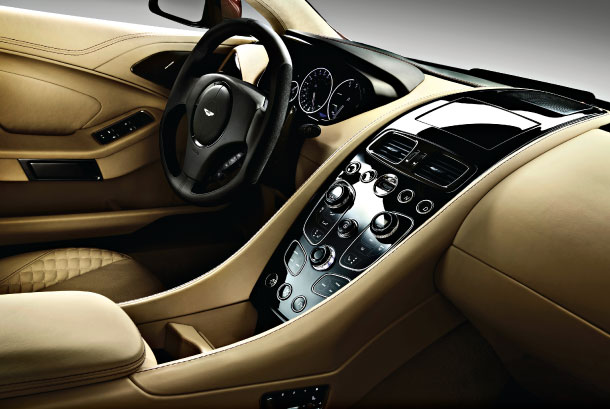 You might be familiar with my royal family, Aston Martin’s first Vanquish—who I call father—and two older cousins, the DB9 and the One-77. Strip those three superb models down to their best features, add additional cutting-edge technologies, mix (shaken, not stirred, of course) and you have me. One of the more remarkable technologies added to my strong genetic underpinnings is my rear spoiler, which Aston Martin calls an “Aero Duct,” a seamless shaping of my rear end built for styling as much as for overall downforce to keep my tires on the road as you hug those twists and turns at high speed. It’s made to appear impossible to build, according to my designers.

Now allow me to spoil you. Step inside. My hand-woven leather interior consists of one million stitches covering a plush cabin featuring two bucket seats that many would give anything to sit in. Picture propelling forward at 180 mph (almost 1/4 the speed of sound) in one of the most finely crafted comfortable chairs known to man.

I also boast Bluetooth and Wi-Fi capabilities and a 13-speaker, 1,000-watt Bang & Olufsen audio system. But if I were driving me, I would just roll down the windows. The low, crackling roar of my V12 engine should be music enough to aficionado of glorious creations. People know when I’m coming. Lucky them. They get to turn around in time to capture a glimpse as we cruise Northern Boulevard. 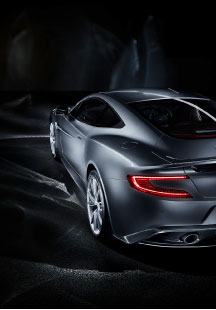 Let them gaze through the restaurant windows. A sleek, all carbon-fiber body is not something one sees every day. Some of my carbon fiber is seductively exposed along my skirt—just a peek—and for some of those who choose, over my roof and door handles as well. The rest of me is covered in a highly specialized paint that looks more like a gel coat. Any color will do, and will look particularly striking when we exercise 0-60 in 4 seconds.

So forget that boat, jet or whatever the last one was. Captain a flagship.