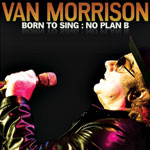 Van Morrison
Born To Sing: No Plan B
(Blue Note)

Morrison’s first album in four years (and only his second album of all original material since 1999) is a jazz effort in a mellow groove with blues flourishes. After a nearly 10-year detour recording for Virgin and various Universal labels, Morrison returns to Blue Note, a label he no doubt spent his youth listening to. He remains occasionally bitter, paranoid and disdainful of the music business, but he can write beautiful love songs and sing from his heart. Still one of the greatest singers of all time, Morrison doesn’t need any backup plan. 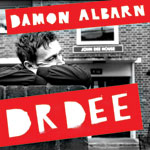 The former member of Brit-pop darlings Blur continues to explore various musical styles, choose unlikely collaborators and find ways of melding disparate sounds and ideas to create some of the most ingenious music of the past ten years. This solo album is thematically inspired by John Dee, a renaissance man who advised Elizabeth I. Musically, Albarn mixes African rhythms with operatic vocals and the BBC Philharmonic Orchestra into a sound seemingly more suited for 1612 than 2012. Instead, this ambitious work breaks down musical barriers and points to a cultural future not yet imagined.

This is the first album from Dead Can Dance in 16 years. Brendan Perry and Lisa Gerrard, the principal leaders, may not be breaking any new ground here, but they don’t need to. It’s odd to find the group no longer on 4 A.D. Records, given how its music practically defined the sound of the label. The eerie mix of instrumentation evoking a wind-swept desert caravan mixed with Gerrard’s wailing vocals is as distinctive as ever. Listening to the group again after all these years makes it clear how much its music is influencing countless other artists. 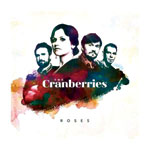 The Cranberries are also returning from a long hiatus with their first album in 11 years. While lead singer Dolores O’Riordan made two uncharacteristically dissonant solo albums in the late 2000s, this new Cranberries release puts the group right back on the dazzling track it was on when it broke up. O’Riordan remains one of the most distinctive vocalists on the UK music scene and the group effortlessly blends guitar-rock, pop and electronics in a way where it’s never too slick or too hard. 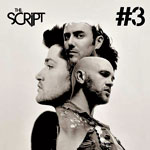 On its first two albums The Script made music somewhat in the vein of Coldplay, Snow Patrol and Keane—combining great songs with British guitar rock and electronic pop elements. On its third album the group is moving further toward a commercial electronic dance sound, most notably on “Hall of Fame” featuring will.i.am from the Black Eyed Peas. It’s great to see the group moving in a new direction, but the songs on this collection are not as immediately likeable as on its previous releases, particularly its breakout second album.