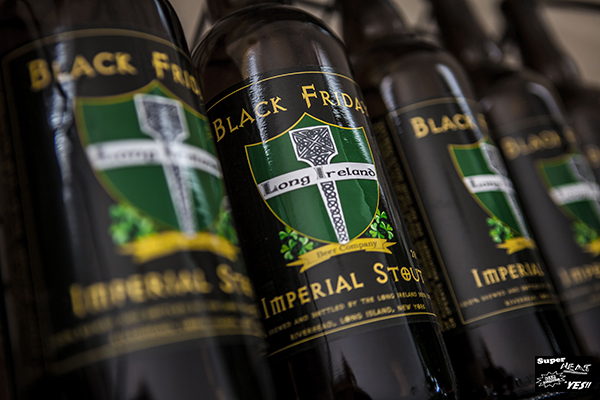 Created as an alternative to post-Thanksgiving retail hoopla, Black Friday Imperial Stout debuted in 2011. Though all ingredients remained identical in 2012, Long Ireland Beer Company instituted some adjustments for the beer’s second formation.

“We increased the body and ratio of some of the malts,” said Martin. “I think you will find that it is a touch sweeter and the roasted character is more pronounced.”

“When we were coming up with the recipe for an imperial stout, we definitely wanted to change things up every year, regardless of the outcome,” said Burke. “This year’s batch has a lot more roast and chocolate notes, and a thicker body. I’m really pleased with how it came out, but we’ll definitely be switching it for next year.”