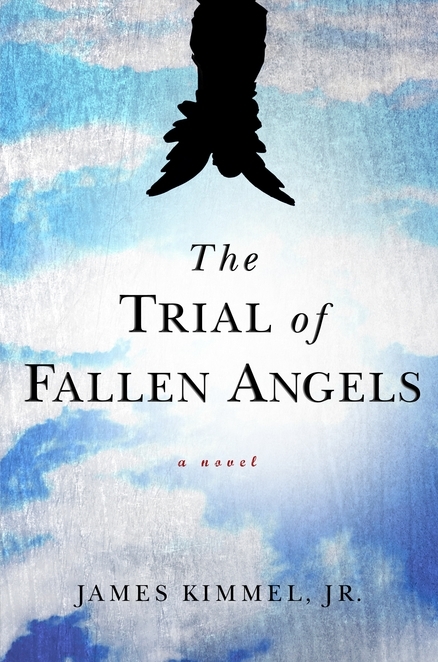 You love your job.

That’s because, for you, it’s not just a job. It’s your passion, the thing that makes you get up in the morning, a challenge, your destiny. It was the job you dreamed of having when you were a kid, the one you spent years learning and perfecting.

Yes, it has its ups and downsides, but you can’t imagine doing anything else. So would you like to do your job for eternity? In the new book “The Trial of Fallen Angels” by James Kimmel, Jr., the jury’s still out on that.

That took a long time to grasp and even longer time to accept. Even after the old man named Luas took Brek to her great-grandmother’s home, Brek refused to believe what they said had happened. Still, Nana had been dead a long time; long before Brek finished law school, got married, became a mother.

But reminiscing on Nana’s front porch wasn’t why Brek had come to Shemaya Station. No, there was another reason: in life, she was a lawyer.

Luas explained to her that, when they died, everyone came through Shemaya Station and was given representation. Complete access to the person’s memories and thoughts was provided to the lawyer assigned to the case.

That was weird, but what outraged Brek was that the justice she knew was missing: there was no Bill of Rights, no procedural protection or client confidentiality. No lie went unexposed in the Courtroom and no truth was hidden. In Shemaya, lawyers argued on behalf of the people they had somehow, meaningfully, been tied to in life, which allowed a horrifying lack of unbiased representation. Justice for the dead was swift and absolute, and it often came before the trial was completed.

Grappling with these inconsistencies and unfair rules, Brek received her first client. She didn’t seem to know him and, as she understood procedure, that was odd.

And then, she remembered…

There’s a lot to like about “The Trial of Fallen Angels,” and it starts with the beauty of James Kimmel, Jr.’s writing.

Kimmel, a lawyer as well as an author, gives a lot of authenticity to this novel’s courtroom aspects and its legalese. He’s also pretty darn good at putting himself inside the head of a sharp, feisty young mother.

What I loved about this book most, though, was its complexity: Shemaya is a place for learning, understanding, condemning, and forgiveness. What you see is what you want to see, consciously or not, which is both horrifying and comforting in Kimmel’s wondrous, dreadful world.

This is one of those make-you-think books that also contains quirky details and small bites of humor. It’s beautiful, haunting, and shouldn’t be missed.

Did I love “The Trial of Fallen Angels”?