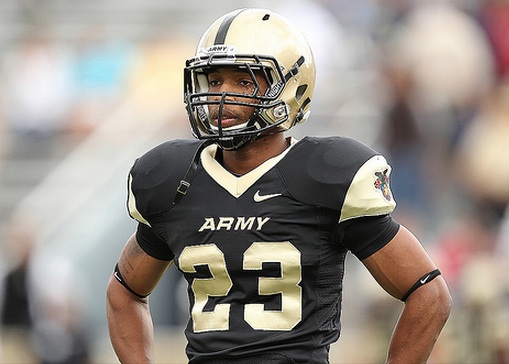 As with any major sporting event, we’re always looking for the Long Island connections.

During Saturday’s Army-Navy football rivalry game in Philadelphia, there was at least one Long Island native who saw action. Army senior running back Malcolm Brown rushed 7 times for 57 yards in the 17-13 loss to Navy. It was the 113th game in the rivalry series.

Brown, who graduated from Islip High School, is one of three Long Island natives on the Army roster. He’s joined by Tyler McLees, a freshman linebacker out of St. Anthony’s, and Colin Joy, a junior offensive lineman from St. John the Baptist. Joy and McLees are both from West Islip, N.Y.

Brown has scored four touchdowns against Navy over the last three seasons. At Islip he was an All-Long Island selection as a senior and set the Islip rushing touchdown record en route to leading the Buccaneers to a Long Island title as a senior.

Joy was an All-CHSFL selection in 2009 as a senior where he led the Cougars in sacks.