people try to compare new jersey to long island, looking for differences. but all i see are similarities. i grew up in new jersey, spending my adolescent summers coasting the garden state parkway to and from the shore. i left the tri state for a while, floating around, before finally winding up on the long island side of the world’s greatest city. so what can nj and li both lay claim to? big hair in the 80s? yes, guilty on both sides of the hudson. big, bold characters? yes and yes. jersey had sinatra, long island has tony bennett. the boss yings to billy joel’s yang. tony soprano to, um, joey buttafuoco. ummm…

big hearts? yes, absolutely. both sides. and no place did i see this more than this week at the garden when the 12.12.12 concert rolled out the world’s greatest musicians to raise money for victims of superstorm sandy. both sides of the hudson came together, reaching out for each other across the waters, with help, compassion and strength. connecticut, our cousin to the north, was there too. but in truth, everyone was there, stateside, in europe, across asia, everywhere. because the last few months have affected everyone.

when they first started talking about sandy, i was among the cynics who thought, “bah. it’ll probably just be a few drizzles.” as she proceeded to unravel across the shores of my youth in new jersey, making way for the beaches of my adulthood here on long island, i did what everybody else did: i braced myself. somehow i was among the few lucky ones who got by almost completely unscathed. a little loss of power here, a little time on a gas line there, but ultimately, no damage, no harm, no total erasing of the treasures i’ve collected over a lifetime.

but actually, no one has gone by untouched by sandy. because at minimum, we are all touched by the outpouring of goodness and neighbor loving neighbor that transpired as a result. last night was no different. whether the neighbors were across the street, or across the hudson, the sound, or across the atlantic, like in london, where so many of the musicians came from, people of all stripes came out to celebrate the human spirit. celebrate in song and music and dance and a few loud moans.

tonight i’ll remember for the rest of my life because eddie vedder paired up with roger waters(!). and alicia keys, ever the striking songbird, came out and dazzled us with her voice. kanye wore a skirt(?). the who (or, who’s left) played like they were still kids—i always remember thinking what a big voice roger daltry has for such a little man. and even though i’ll never really “get” the whole paul mccartney thing, i am that much sweeter for hearing him sing blackbird signing in the dead of night… from the moment bruce and bon jovi opened, with big smiles, to the finale of the volunteer heroes on stage with alicia keys, it was about music, yes, but more so about the higher angels music calls out to.

the redundancy of 12.12.12 is not just in the numbers. it is in the sentiments that came through in waves and will continue to come through day after day, year after year, memory after memory. 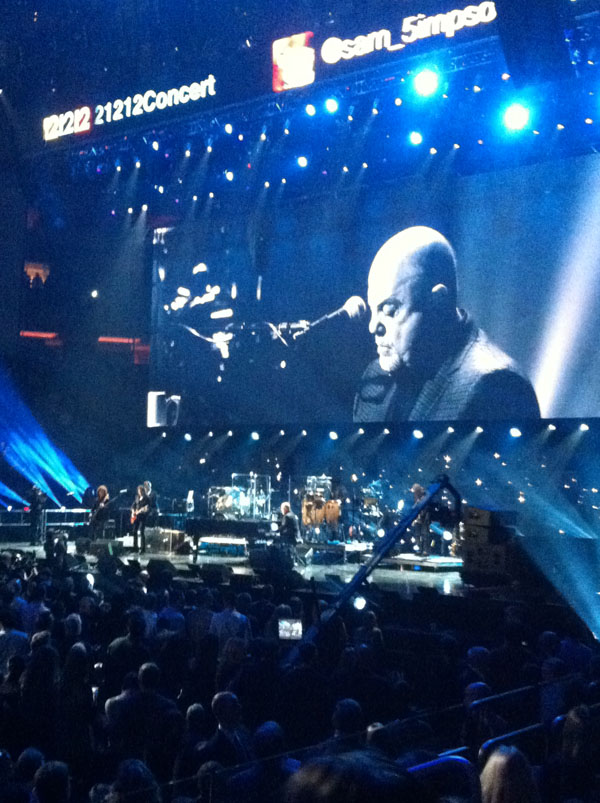 phones in the air for alicia keys 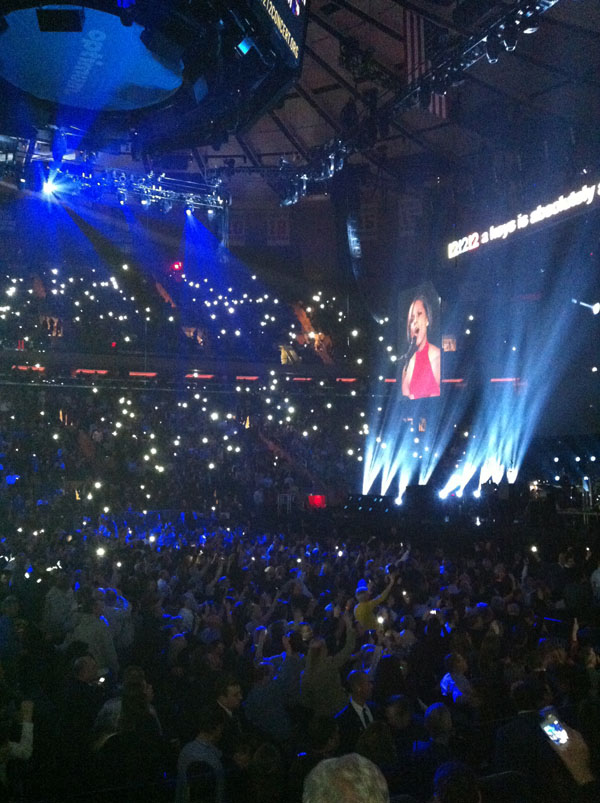 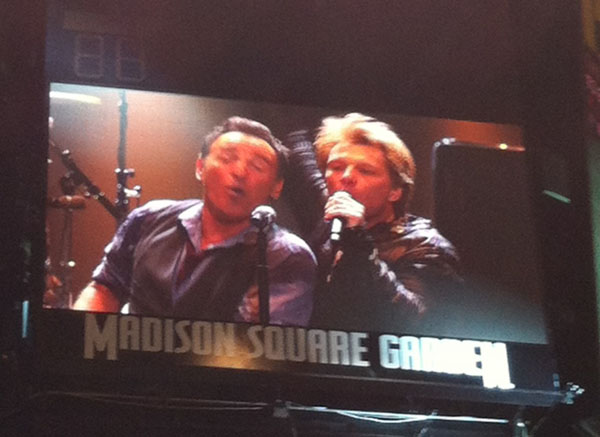 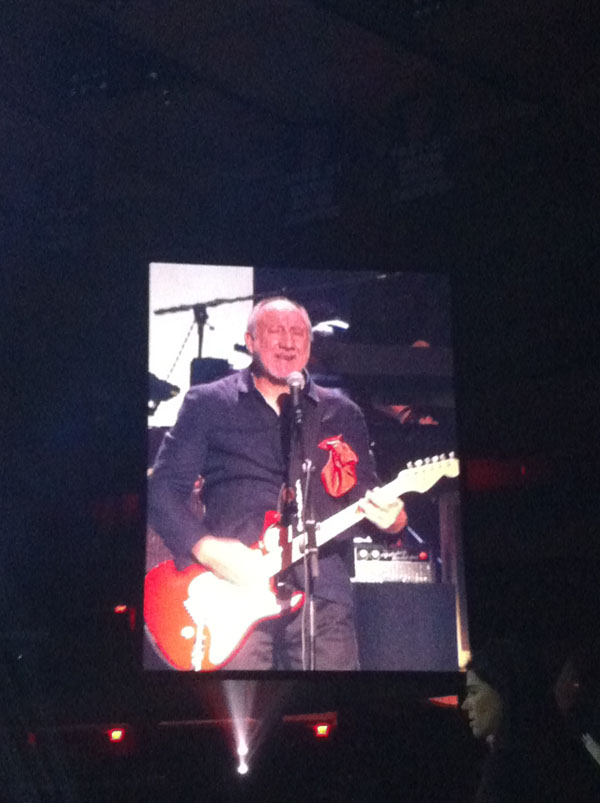 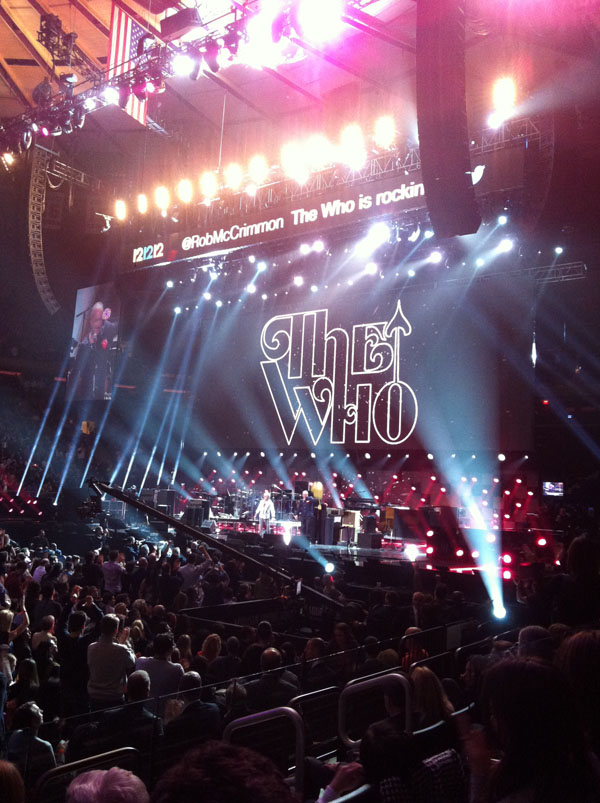