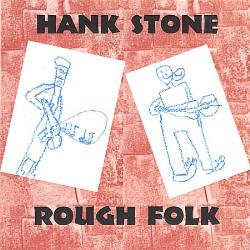 One cool thing about being part of a local scene is getting to watch artists evolve from the very beginning of their musical careers. Hank Stone’s first album was called Rough Folk and came in a slimline CD case with a home-printed label. Rough though it may have been, the songs were solid and the production was clean. Over the years, the term “rough folk” has come to define Hank’s gritty, informal style of musicmaking. 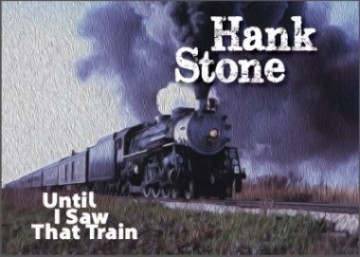 Hank’s new album, Until I Saw That Train, comes in considerably sleeker packaging, but not in a way that leaves the “rough folk” image behind. The performances and playing have matured, and the same solid bedrock of simple folk and blues is still at the foundation. Hank’s melodically thwacky guitar parts have evolved from accompaniments to arrangements, and Tony DeStefano’s production has further refined itself over the years as well.

Standout tracks include the goofy singalong “Apprentice Cook,” which is vaguely reminiscent of Arlo Guthrie’s “Alice’s Restaurant,” and “The Telling”—a loosely formed, stream-of-consciousness piece focusing on storytelling and human affection.

Hank Stone hosts a weekly open mic at Roast Coffeehouse on Fridays, and can be seen regularly performing around the island. For more information, visit www.hankstone.net.