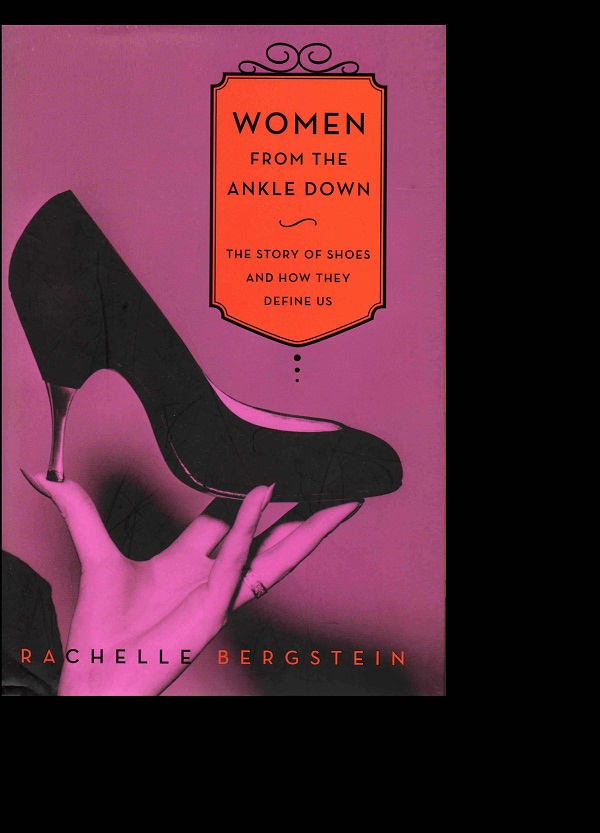 You always try to put your best foot forward.

Now, whether that foot is clad in a flat, heel, sandal, or boot depends on the day, the weather, the look you’re attempting, and your mood. Doesn’t matter; you’ve got shoes to fit every possibility.

But why? Why do we fuss over a common, often-utilitarian item? In the book “Women from the Ankle Down” by Rachelle Bergstein, you’ll learn more.

For thousands of years, we’ve been obsessed with footwear.

Ancient Chinese women bound their daughter’s tootsies tight so they could wear teensy embroidered slippers – a fad that was outlawed a mere 100 years ago. High-ranking Renaissance women wore what amounted to stilts to signify that they were wealthy enough not to have to walk. Even Cinderella (a fairy tale from the 1600s) had her glass slippers.

Nevertheless, Bergstein dips her toes into shoe history at the beginning of the last century when eleven-year-old Italian Salvatore Ferragamo informed his mother that he was going to Naples to learn to make shoes. Later, as a young man, he immigrated to America, went to Hollywood and, while there, he noticed that wearing shoes changes the way we walk. For his astuteness, Hollywood made him rich.

And speaking of Hollywood, imagine Shirley Temple high-stepping down the Yellow Brick Road. Yes, that almost happened: Judy Garland was MGM’s third choice to wear the Ruby Slippers which, in the original story, were silver.

Hollywood also had influence on shoes during World War II.

On February 7, 1943, shoes were officially rationed due to the war. Research indicated that Americans purchased 3.7 pairs of shoes per year then, but officials recognized that fashion was increasingly persuasive – women wanted to look like Lana Turner, Betty Grable, or a Varga Girl – and a shortage seemed imminent.

As soon as the soldiers came home, though, women started quickly stepping through a succession of fads: stiletto heels, Hepburn-like flats, Birkenstocks, and sneakers. Jane Fonda made us want “athletic shoes.” Nancy Sinatra said we oughtn’t be “messin’.” Carrie Bradshaw made us lust after Manolos. Today, we can wear Doc Martens by day, kitten heels by night.

“And,” says Bergstein, “isn’t that the greatest pleasure of the twenty-first-century woman?”

I have to admit, I got quite a kick out of “Women from the Ankle Down.”

From the start of the 1900s through recent times, author Rachelle Bergstein walks her readers through the history of women’s shoes, but that’s not all. Along the footpath, she steps near pop culture, history, men’s fashion, and science; we learn why men love heels in the bedroom; why we tolerate uncomfortable footwear; and how a polygamist put boots on a superhero.

This is a serious book that’s seriously fun, I loved it, and I think any woman who owns more than “3.7 pairs” of shoes will love it, too. For footwear fashionistas, “Women from the Ankle Down” is a book with sole.