There is no burnt rice to a hungry person. —Philippine proverb 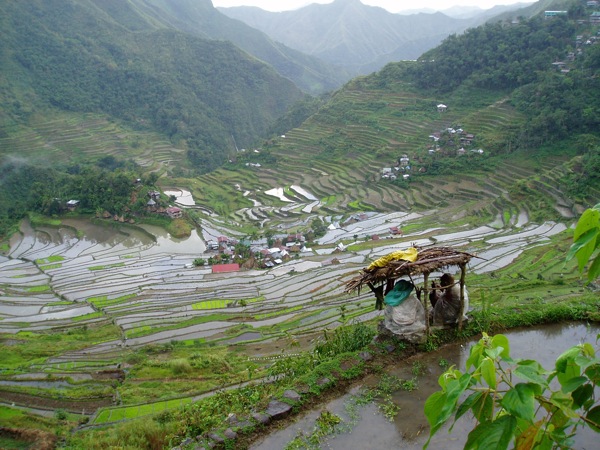 Because most of us rarely think about from where our food comes, we rarely get to appreciate its farm-to-table odyssey, let alone having to defend it at its origin. Raised in water, rice is the staple food of three billion people, primarily Asians. In traditional rice paddies, a hidden few take shelter and wait until their food is hunted by the enemy. While trekking in the mountainous Philippine highlands, I came across a recurring curiosity, farmhands who seemed to be watching the rice grow. I discovered that the rice business requires 24-hour surveillance in Northern Luzon’s Cordillera, where live scarecrows protect mountainside rice terraces from persistent rice-loving birds. These farmers spend their days in temporary thatch-and-bamboo huts called ab-hungs, makeshift sheds that provide room for only two. They are built into human-crafted mountainside terraces and provide breaks from the sun and rain for the people whose job it is to scare off the thieving “ricebirds.” 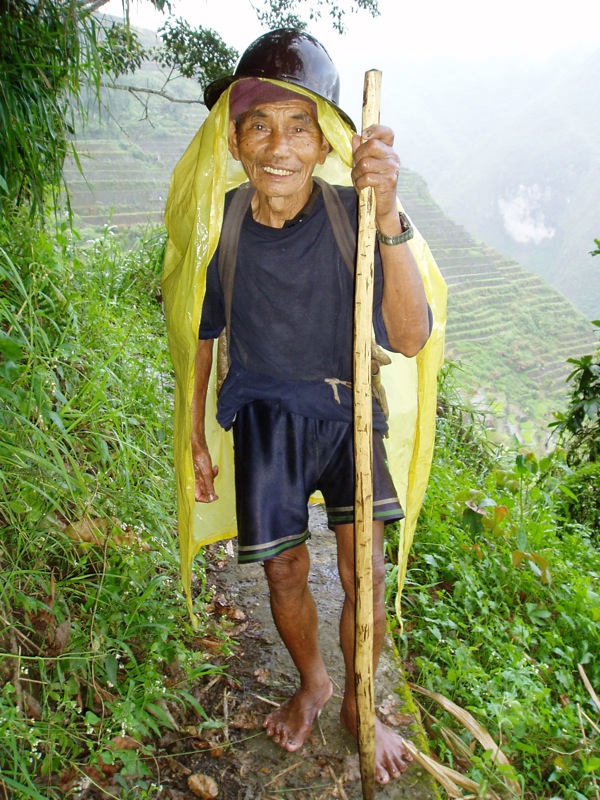 These human scarecrows use tactics that evolve with the growing seasons. Early on, pounding on a barrel or a basin would suffice in frightening the birds who flew away and devised new plans of attack. When the birds tired of that ploy and returned to the crime scene, the farmers created noise by pulling on strings attached to rows of jingling cans. When that jig was up—the birds don’t fall for the same tricks for long—ab-hung security ultimately had to shoo the birds away by running after them.

Fortunately, this mode of occupational scaremongering does pay off. Highland rice is tastier, more aromatic, and more nutritious than the lowland’s industrial version. Then again, more work goes into it, as it takes six to seven months to grow, three times longer than chemically fertilized rice. Locals perform planting and harvesting rituals to invoke ancestral spirits who watch over the crops—and it seems to work. The International Rice Research Institute wasn’t so lucky. When it tried introducing new strains here, they didn’t produce. Farmers then resurrected their ancient methods after rejecting a non-governmental organization’s pesticide invasion, which killed tiny fish and snails—additional food sources—that also grow in the rice-paddy ponds. 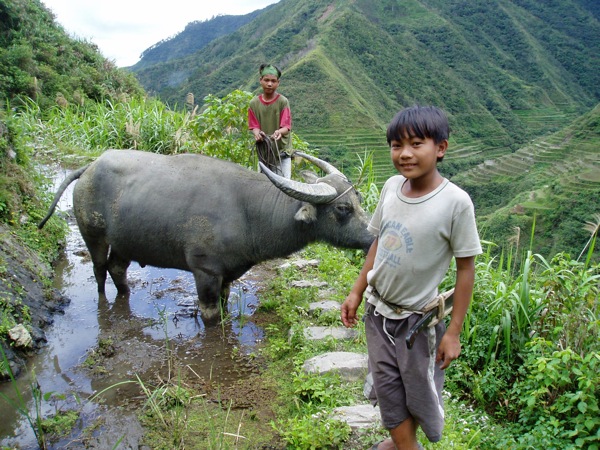 Savoring moments in a Philippine bird-spy shack, I’m reminded of the ancient nomad musings weekend warriors enjoy inside their recreational camping tents. Entering one makes the hut smaller but the world bigger. While avoiding some midday rain in this ab-hung, I chat with a local elder about rice watchmen until the sun comes out. Inside the shack, I offer the farsighted, squinting man a pen, and he doles out a pinch of tobacco for me to chew. Insider trading. He then trots out a thought that is loosely translated by an eager kid who has been tailing me. I later employ the eager one as my guide, and the elder’s quote as fact…

“A peace on birds would probably work better than this war on birds.” —Rice wisdom 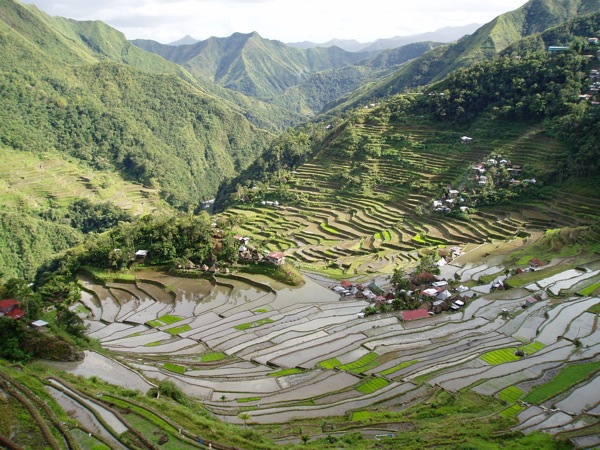 “Ladies and gentleman, this is your dining car attendant. I had the baked chicken, and it changed my life.” —Amtrak employee announcement