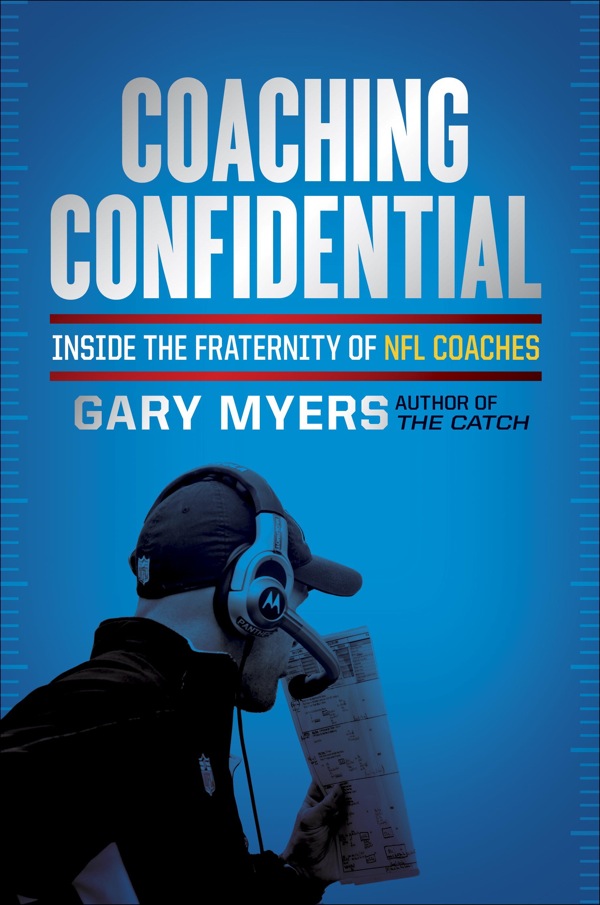 Your weekends are suddenly wide open and empty.

No more extra televisions in the living room. No more Sunday snack-binging. You’ve put away your make-up, your lucky shirts, and the hats that no team can win without.

Yes, football season is over for you. But for thirty-two men, the end of one season signals the beginnings of another – that is, if they still have jobs. In the new book “Coaching Confidential” by Gary Myers, you’ll read about a very unique club.

It’s all about the Trophy.

The Vince Lombardi Trophy, to be exact: a big piece of metal that forces NFL coaches to “[drag] their families from city to city as they go from job to job…” says sportswriter Gary Myers.

The Trophy is why Sean Payton worked his way up the ranks from “scab” to coach of the ailing New Orleans Saints, post-Katrina. That Trophy may have been why Payton thought he was “bullet-proof” after the Saints’ Super Bowl win. His “arrogance” led NFL commissioner Roger Goddell to suspend Payton, among others, for setting bounties on rival teams’ players.

Want for the Trophy is why a thirty-three-year-old “abrasive” owner persuaded a retired coach to “save” the Washington Redskins. The coach, Joe Gibbs, had a lot to learn: he’d been away from the NFL for over a decade, and rules had changed.

So had the world in general, which led to one of the most difficult things Gibbs ever endured.

The Lombardi Trophy is why a local man bought a team that few seemed to care about, and hired a coach who liked to job-hop. It’s why that same coach is notoriously rough on his team to get results. It’s why nice guys reach out to players who’ve lost their way, why fans suddenly idolize coaches they once complained about, why there are fireworks in the locker room as well as out, and why the rate of divorce among NFL coaches is so high.

“The coaching fraternity is small,” says Myers. “Each year… a group picture is taken of the thirty-two head coaches. There are significant changes to the picture every year.”

So you say you’re passionate about pigskin and your closet is filled with bi-colored clothing. Now you can read about the guys you screamed at every weekend.

With the kind of access fans can only dream about, author Gary Myers goes behind closed doors and inside meeting rooms to bring readers a hard look at the glory and the gloom that comes with being an NFL coach.

But while this is a fan’s dream peek, it’s not pretty. Myers gives his readers hard truths about personal sacrifices, peccadilloes, and personality wars. Fans, I think, will enjoy knowing this info – but with a touch of discomfort.

Love your teams’ coach or hate him, I think this book may open your eyes if you’re a football fanatic or if you just love a good scandal. For you, “Coaching Confidential” will fill up an empty weekend rather nicely.