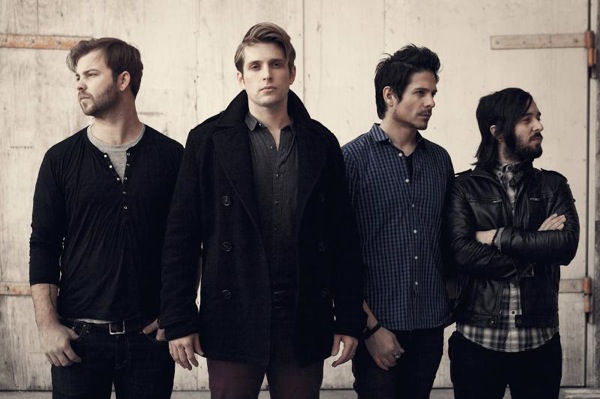 Nashville rock quartet Satellite makes its New York debut at the Living Room in NYC on the 15th, and the band releases its debut full-length “Calling Birds” on March 5th. Influenced by artists like Paul Simon, Bruce Springsteen, Radiohead and Snow Patrol, the band consists of vocalist/guitarist Steven McMorran (who has written songs for the likes of Joe Cocker and Celine Dion); guitarist Mitch Allan (who has written and produced songs for Faith Hill, Pink, the Jonas Brothers and many others); guitarist Josh Dunahoo and bassist Erik Kertes. Frontman Steven McMorran, known for his engaging performances, answers some questions about Satellite’s new music and New York gig.

Pulse: How would you describe your sound aside from alternative rock? And how is your music “transformative?”

Steven: I’d say we’re some sort of Americana meets Briton. Someone called us folk-rock once and I liked that just because I’m a Dylan fan. But, whatever it sounds like, we weren’t trying to be clever–just real. It’s been transforming us as we make the band. I think the live show is something all its own and has been forming all along the way.

P: Have you played New York before?

S: This is our first NY show! We’re excited to be here, and I know, for me, it’s a bit of a milestone because I’m still some kid from Little Rock getting to play in NY for people who give a damn. Seems like something to soak in. We’ll be returning in the next couple months.

P: Who are your biggest influences?

S: As a writer, I want to stand on the shoulders of my heroes like Johnny Cash, Paul Simon, Roy Orbison, Harry Nilsson and Dylan. I think Thom Yorke influenced melody for me pretty early on because Radiohead was one of the first bands I didn’t hear about through my dad or my brother… I want us to engage people into feeling something real with us… What I mean is music is important to the three of us, specifically these songs feel like something special we’ve gotten to create out of nothing, and our biggest influences gave us songs that feel permanent in our lives. No matter how feeble the effort, we are trying to add songs to our list of permanent songs.

P: Who would you most like to tour with?

S: Can we tour with the Wallflowers? I’d love to tour with Brandi Carlile too just to hear that ‘Keep Your Heart Young’ song more. Springsteen, Mumford & Sons, Arcade Fire, the National… We want to tour with anyone who wants us out with them.

P: What are we hearing at the start of your video for “Say The Words?”

S: The speech is from William Faulkner’s 1949 Nobel Prize acceptance speech. It’s the most condensed language crammed into two minutes. He’s speaking about the purpose of the writer. It’s to remind us of the honor, compassion, courage, hope and pride the human spirit is capable of. It was in the wake of WWII and references the fear of getting blown up paralyzing people into believing they were seeing the ‘end of man.’ His point was to help us remember that the ‘universal truths of the heart’ go beyond the basis of fear and without them we write ‘not of love but of lust, …not of the heart but of the glands.’ I think I put it in the video because I felt like it matched.

P: Will you be playing an acoustic show at the Living Room this week? Any covers?

S: The Living Room show will be an acoustic set. Josh will be on electric, Erik on bass and I’ll be on acoustic. Expect to hear the new record, “Calling Birds,” with less volume and more dynamics. We have to listen a little more attentively when the drums aren’t there to hold it together, but that’s kind of how we started. Also, Josh and Erik might switch off on piano and we might play a Springsteen cover.

For more info check out: http://wearesatellite.com