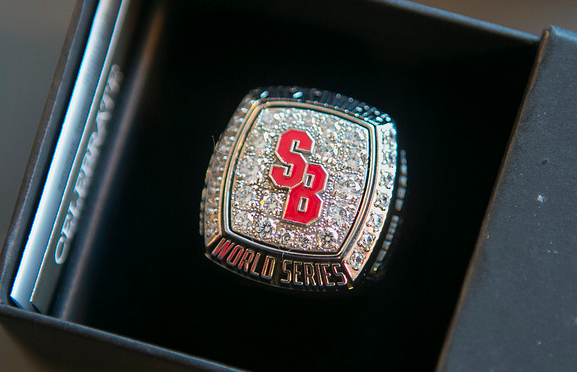 Fifty-plus wins and a trip to Omaha for the College World Series are memorable enough for the 2012 Stony Brook baseball team to have its stamp on school and Long Island history. But players and coaches won’t sniff at their new rings and replica College World Series trophies they received last week at a ceremony on campus either.

To briefly recap if you don’t recall, after winning the America East title, the Seawolves beat Miami, Missouri State and Central Florida to win the Coral Gables Regional. Against LSU in the Super Regional, Stony Brook won two of three games to clinch a spot in the College World Series.

The Seawolves will be back in action with 16 returnees from last year’s squad ready to play ball on the road at Florida International on Friday, Feb. 15.

Click here to see a photo gallery from the ring ceremony