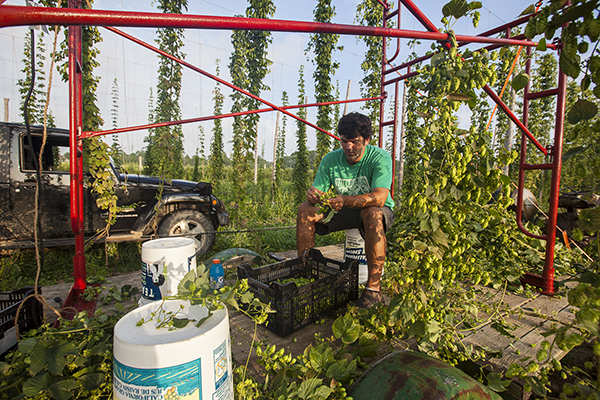 Condzella Hops, a hop-cultivating sector of Wading River’s Condzella’s Farm, launched a Kickstarter project on February 05 to raise money for a German harvesting machine. The apparatus, a Wolf WHE 140 Hopfen Pflückmaschine, will replace Condzella Hops’ current handpicking method and be available for use by other Long Island farms.

“A lot of local farmers are thinking about growing hops, but harvesting is the biggest issue,” says Condzella. “This machine will kick everything into gear and get farms to start growing. We’ll probably have a renting schedule, so farmers can just pick it up and use it.”

The Kickstarter project ends on March 10.