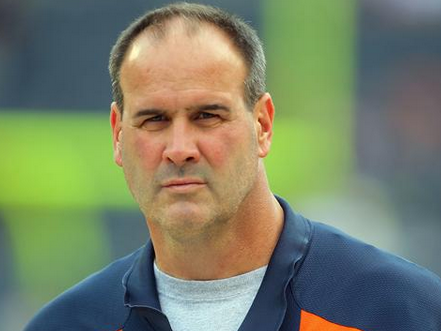 The Suffolk County Sports Hall of Fame announced its 2013 induction class at a gathering at the Westlake Inn in Patchogue last week.

Highlighting the class are the Tice brothers from Central Islip High School. They starred with the Musketeers before playing football in college and the NFL. Mike, who played at Maryland and in the NFL for nearly 15 years with the Seahawks, Redskins and Vikings, was the head coach of the Vikings and most recently the offensive coordinator of the Bears. His brother John, who also played at Maryland and spent 10 seasons with the Saints in the NFL, is the offensive line coach at Pace University.

“The last real thing I won was all-county in football at Central Islip,” said John, who was on-hand at the event announcing the inductees, “so it’s good to be appreciated by the people at home and to be honored like this. It’s real special to me.”

“I can remember the Tice brothers playing at C.I., Jeffrey [Ruland] was in the junior high when I was there and I got to watch him grow up to the player he was and then I remember little Nicole [Kaczmarski] coming to the gym to play and I had her in class,” Zander said. “I don’t know if I’m feeling very old or just nostalgic seeing all these people. It’s a great honor, a great thrill and I have to say it’s a pretty special day for Sachem.”

Writers aren’t inducted frequently, but for the second straight year a journalist will be added to the hall (Newsday’s Gregg Sarra, 2012). John Papanek, a former editor at Sports Illustrated and ESPN, who graduated from Patchogue-Medford High School in 1969, said he was honored to be in a privileged group.