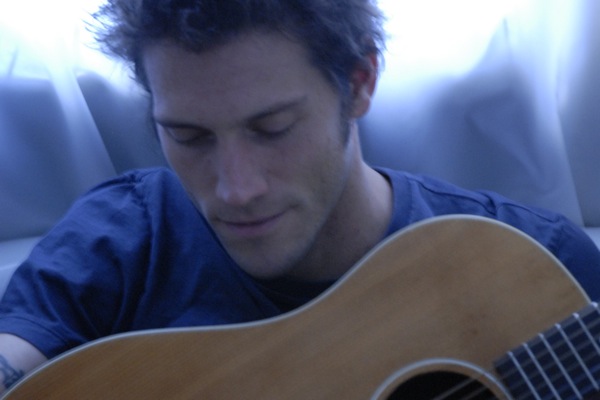 Love, surround me with all your reach
Now while we’re here alone
Now our bodies are ocean and beach
Blessings of waves and stones

—“Surround Me” by Ben Taylor

Son of folk/rock royalty James Taylor and Carly Simon, Ben Taylor released his first full-length in four years, Listening, last August. (For more on Ben and the music check out the feature).

Comparisons to his iconic father are expected whenever Taylor sings, but his voice, in some ways, is more versatile. He has a deeper range and lends his voice to an eclectic mix of styles—from folk and reggae to country and hip-hop. And when the father and son toured together, Ben noticed another difference:

“When I was on tour with my dad, we were doing a lot of each other’s songs on stage, and I noticed that a lot of the time he would phrase things to land right before the beat and sort of phrased through the beat and pretty much right on it. And a lot of the time I’m almost a whole beat late for things because I like to phrase things so far behind, a product of being raised in the hip-hop culture.”

Taylor recently performed his cover of the Sade ballad, “By Your Side” on The Bachelor and performed a new tune, “Keep on Tryin’” on Daytrotter. You can check both songs out on youtube:

Cover of Sade’s “By Your Side”

On Thursday, February 21st, Ben Taylor will be performing at the Peter Jay Sharp Theatre at Symphony Space in NYC to benefit the Songs of Love Foundation, which provides “personalized songs for children and teens facing tough medical, physical and emotional challenges.” Since 1996, over 24,000 sick children have been able to hear their very own “song of love,” which can help alleviate anxiety and pain during hospital treatments.

Audience members will be able to participate on the chorus of a song of love that will be written and performed by Ben Taylor. The troubadour’s song will be presented to a local sick child and it will be made available as a download to all who have participated.

Due to tough economic times, Ben is offering a discount on some Benefit tickets via his Facebook page.

All proceeds from ticket sales go towards helping ailing children obtain the medicine of music.

For more info check out the Symphony Space page and Ben Taylor’s homepage.