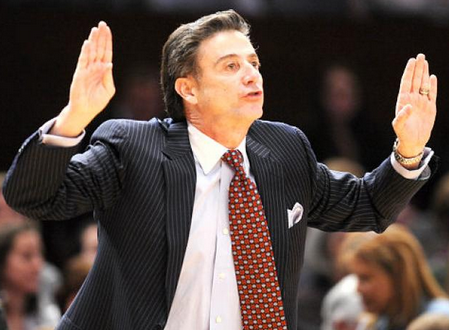 It’s been quite awhile since Rick Pitino roamed the halls at St. Dominic’s in Oyster Bay, but you can never take the Long Island out of the legendary hoops coach.

Although basketball isn’t the first sport that comes to mind when you think of Long Island, there certainly is a long list of impressive names to hail from the area: Larry Brown, Julius Erving, Carl Braun, Wally Sczerbiak, Billy Donovan, Randy Smith and many others.

Pitino is among that great list and has a chance at basketball immortality this year as he was named a finalist for the Naismith Basketball Hall of Fame this past weekend during the NBA All-Star festivities in Houston.

Pitino is the only coach in men’s history to lead three different schools to NCAA Final Four appearances as he did with Providence College, University of Kentucky and University of Louisville. He led Kentucky to the 1996 National Championship and then reached the title game again with the Wildcats the following year. He has won over 600 games in his collegiate career, reached the Final Four six different times (1987, 1993, 1996, 1997, 2005 and 2011), led his teams to 21 postseason appearances and won nine conference tournament championships. He earned Coach of the Year honors from different sources three different years. Pitino also held two stints as an NBA head coach with the New York Knicks and Boston Celtics, leading the Knicks to two playoff appearances.

“We are proud to share an incredible group of finalists for the Class of 2013 – a distinct list of coaches and players who excelled at many levels of basketball,” said Jerry Colangelo, Chairman of the Naismith Memorial Basketball Hall of Fame Board of Governors. “It will be a difficult decision for the Honors Committee to select the final class members from this prestigious group of individuals, each of whom has given so much to the game.”

The Class of 2013 will be announced on Monday, April 8 at a press conference in Atlanta prior to the NCAA’s Men’s Championship game. A finalist needs 18 of 24 votes from the Honors Committee for election into the Naismith Memorial Basketball Hall of Fame. The Class of 2013 will be enshrined during festivities in Springfield, Mass. on Sunday, Sept. 8.