Since the 1991 Soviet Union collapse, Moscow has evolved into a bewildering contradiction of lingering Communist-era hangovers and upmarket chic. 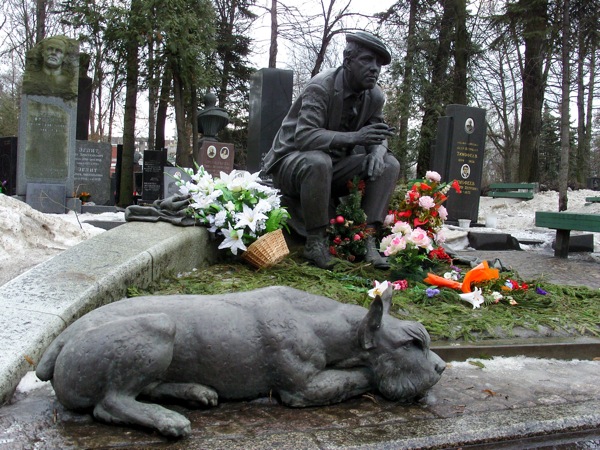 I begin with The End, among Moscow’s tombs. Hundreds of Russia’s most famous artistic, literary, musical, and political figures are buried in Novodevichy Cemetery. On this stirring stroll through Russian history, I discovered that this hall-of-fame memorial collection stages not just gravestones but row upon row of elaborate images and sculptures depicting the buried legends in telling poses. Famed comedian Yury Nikulin relaxes with his dog, while the ex-presidents’ monuments portray less lighthearted souls.

I roamed into the realm of the living, where the Russian winds of change are personified by the nightlife. Two joints blew me away. The first, Petrovitch, is a 1970’s Soviet-era themed club with kitschy Cold War propaganda. The menu, hearkening back to the Iron Curtain, includes superpower snacks like Chicken Kiev, pelmenis (Russian dumplings), and borsht soup. Dining here eventually gives way to customers dancing in the aisles to disco-era pop tunes, both Russian and American. The characteristic dour-by-day but then party-all-night Russian persona goes on full display. It’s dance fever, redefined. Moscovites celebrate the night like they’ve won something, and the vodka flows. Be wary though, as sometimes a little palm greasing is required to enter such clubs. 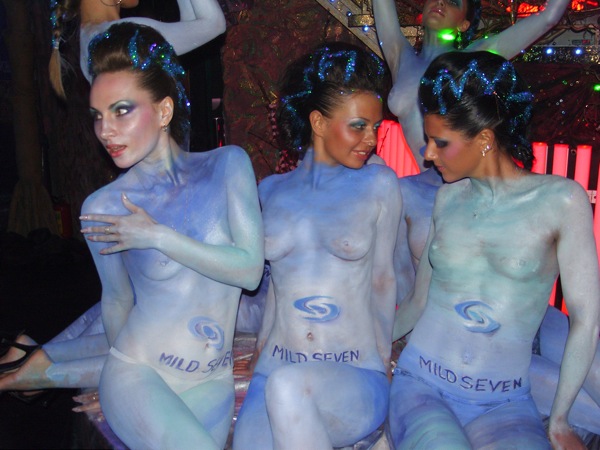 The other joint, Rai Nightclub (Heaven), picks up where Studio 54 left off. Moscow’s DJs are hot properties across Europe and the U.K. these days, and Rai’s DJ spun a thousand glammed-out dancers into ecstasy. I haven’t waited in line to enter a dance club for decades—I’d rather eat glass—but this was worthwhile, as it was like visiting another planet. Face controllers, their term for dreadfully serious doormen, decide which Muscovites get into this mega-thumping Gaudi-esque disco with a jungle motif. Don your stylin’ shoes. 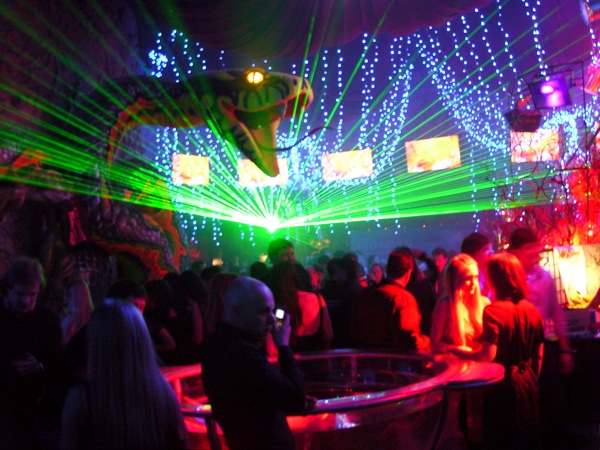 The nightclub bling was readily outdone inside the Kremlin fortress where the Diamond Fund showcases a thousand pounds of diamonds in a million fantastical incarnations, not to mention the gold nuggets bigger than basketballs. Also found in the Kremlin, the Armory Museum is a mind-blowing collection of extravagant ambassadorial gifts, colossal thrones, and gemstone-studded horse-drawn carriages dating back to the 1600s. This is ground zero for Russia’s crown jewels and treasures of Russian Tzars—a gigantic wow. 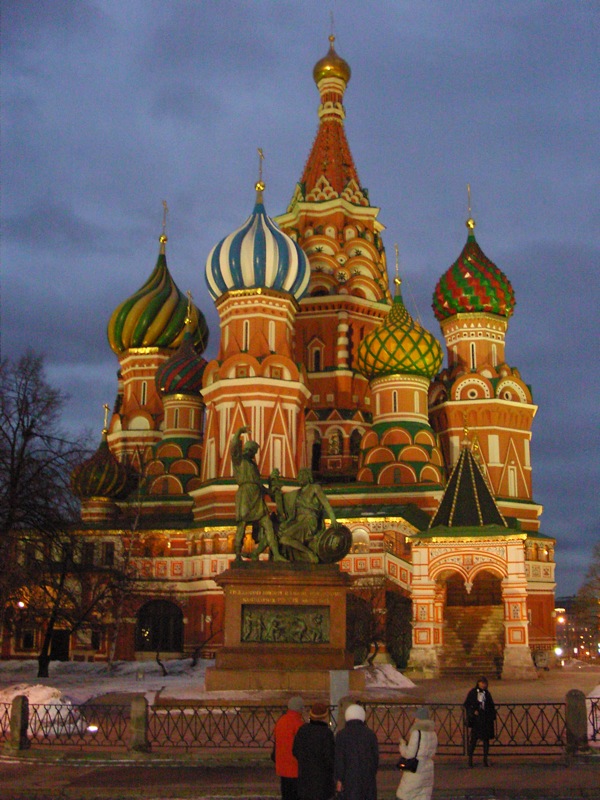 My quest for culture continued with a trip to the ballet. France and Russia share bragging rights for bringing this art form to the world stage. At the Bolshoi Theatre, a famous 18th-century icon for ballet, I caught “La Sylphide.” The plot involves a man marrying a woman before eventually staring up a flirtation with another woman. In due course, he is murdered for his transgression. Lesson? Behave yourself. There are two Bolshois, the famous grand theatre and the “baby” Bolshoi, which brings to mind New York’s Beacon Theatre.

When it’s time to find a place to rest your head, Moscow delivers with a bevy of new boutique hotels. The MaMaison Pokrovka Suite Hotel echoes a lavish, private home where there’s a balance of functional, chic furnishings and fine art, hence the hotel’s name, MaMaison, or my house. Moscow’s first all-suite hotel merges cutting-edge spaces, rousing art, and gourmet fusions beneath one roof. Designed to be green and for those interested in an extended stay, the 84 luxurious, fully equipped suites all have kitchenettes. Each suite features a different layout, view, variety of wooden parquet floors, pastel colors, and natural light.

The lobbies on each floor also flaunt high-design furniture and sculpture, while floor-to-ceiling photography by famed Czech photographer Št?pán Hon enlivens every hallway. Hon creates a chronological photographic installation that’s a local history lesson evolving by floor. Photographs tell a story of the circle of Russian life, starting with the birth of a baby who grows up (floor by floor), has children, and eventually becomes a grandparent. 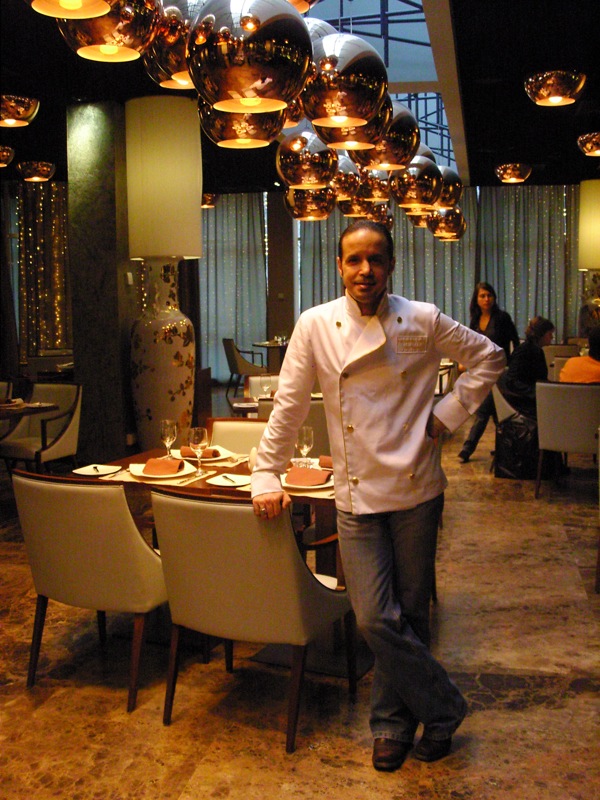 At MaMaison Pokrovka, you’ll be nourished by culinary master, Said Faddlie, a Moroccan native previously adapted to mingling his French-Moroccan and Asian cuisine finesse with premium Russian tastes. For 10 years, he was chef at Rasputin, a renowned Russian restaurant and night club in Brooklyn. His goal is for customers to “be satisfied not only food-wise, but with an overall warm atmosphere and unparalleled service.” The swank décor flows into Faddlie’s voguish Art Deco restaurant, Numbers, where signature dishes include Chilean sea bass with honey, porcini soup, and pheasant soup. The exquisite feasting space includes a summer terrace, an I’m-so-trendy-I-hurt-myself bar lounge, and a cigar bar. MaMaison’s Algotherm Spa is Russia’s first world-class spa within a hotel. It offers an equally enticing menu. Created in 1962, the Algotherm brand introduced algae as a fountain of youth.

Visit pokrovka-moscow.com. The Kremlin, Red Square and Bolshoi Theater are within a 20-minute walk from MaMaison.

While the ghosts of communism live side-by-side with the budding flowers of choice, one thing is for sure—you’ll want to discover Moscow for yourself.