I know a few American couples who nearly waged war as a result of their difficulties conceiving children. For some, the solution was guided by Confucian simplicity. Manhattan’s Chinatown is not usually a place to encounter professional non-Chinese couples in search of baby magic, but such a pair led me into the hearts of the infertile pining for children. They spend thousands, often tens of thousands, of dollars on tests and hi-tech fertility procedures. Meanwhile, the numerous childless couples getting pregnant after adopting suggests that anticipatory stress hinders baby-making.

A couple I know, then in their early 40s, nearly went bankrupt running the obligatory course of tests and hi-tech prayers until they were referred to a Chinese herbal practitioner, Dr. Zhang, who spoke very little English and is not a “doctor” by western standards. At that time, he operated out of a simple one-room space in the heart of New York City’s Chinatown, which then resembled the back streets of Canton. One wall was lined with drawers containing roots, leaves, and tree barks. An assistant, who didn’t speak any English, hovered near the doctor’s room, which was really an alcove separated by a sheet. There were no appointments. First come, first served.

On their debut appointment, Dr. Zhang held the woman’s wrist while taking her pulse in different places, examined her tongue, and then studied her face, all the while scribbling a page full of Chinese characters. Twenty minutes later, he passed the page to his assistant on the other side of the sheet, who then started rummaging in the drawers, grabbing and mixing.

The couple left with six shopping bags of herbal tea for less than $40, which the woman drank three times a day. The couple asked what they should do if they ran out of ingredients, and the doctor said, “You be pregnant, you be pregnant,” and waved them off. It tasted like a bitter coffee-tea mixture. As promised, she was pregnant within a month. This was even more surprising given that she had spent the previous year seeing a renowned fertility doctor. It was the same fertility specialist who had helped Celine Dion conceive. Unfortunately, the woman hadn’t been so lucky. She was told there was nothing he could do because she couldn’t hold an egg. Given the context, Zhang’s $40 seemed pretty reasonable. And, a year later she was pregnant again—strong medicine! This goes some way to explain why there are 1.35 billion people in China. Even the aforementioned couple’s gynecologist now refers patients to Chinatown.

In that same year, the couple—and the fertility specialist—referred dozens of other couples, also in their early 40s and devastated by in-vitro fertilization failures, to this herbal doctor. For sure, 10 of them were soon pregnant. Alas, a decade later, Zhang relocated a few times to swankier Chinatown locations and has replaced roots and leaves with more manageable powders. Today, as he sits at his desk, dozens of thick binders bulge with baby pictures behind him.

Empathy is contagious. Confucius lived for 72 years until 479BC. His principles, which included nurturing intelligence without educational perks based on economics, good behavior, and respecting your parents have had an immense impact on Chinese culture from 300 years after his death until now. Confucian thinking is a philosophy, not a religion. Ignored during his lifetime, Confucius’s ideas were institutionalized as a governing philosophy until the 1911 Communist takeover. Communism didn’t jive with Confucianism, but more than 2,500 years of dedication to his practical, moral doctrines continues encouraging devotees to stick to his humane ideology—and that legal action implies an incapacity to negotiate. As it turns out, needless but profitable lawsuit terrorism has become a black eye on the American way of life.

Prior to his 50th year, Confucius had only held several insignificant government posts, a possible recipe for going postal. Enlightened at 50—and fed up with his local government—he set off on a 17-year trek from Chinese town to town, offering unsolicited advice to rulers about governing better. Sort of like Newt Gingrich, but making sense. Although he was occasionally jailed for unsanctioned preaching, Confucius accomplished his mission. Better later than never. Confucianism rejects the idea that conduct should be enforced by a rigid code of law, and that respect should flow upward. If Confucius toured across America today, we’d have a new reality show making waves.

Confucius fans turn up in the oddest places. While floating down Myanmar’s Ayeyarwady River on a relocated German Rhine River cruiser, I befriended an elderly Italian opera singer. With images of Buddha everywhere, she noted that Buddha bailed on his wife and kid—out of necessity. Remember, no attachments were necessary to hasten the path to Nirvana. Then the Italian diva suggested that “Confucius, who believed that the family was the center of everything, was a nicer man than Buddha.”

Today, the world’s most populous country needs Confucian intuition more than ever. One echo of China’s one child per family rule—established in the 1970s to control population—is a society where six people, including the grandparents, raise one kid. What would Confucius say about an entire nation of brats nurtured by only child syndrome? 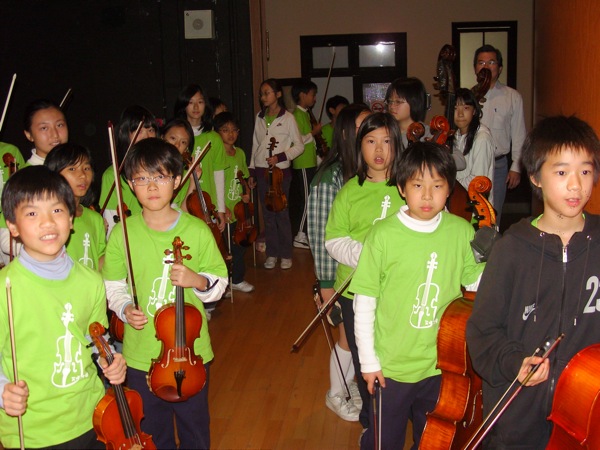 The Only Child Syndrome Band

Ps, turning 60 is another cause for celebration in many Asian cultures. It marks the timeline where one has experienced all 12 signs of the zodiac (Horse, Rooster, Tiger, Rat, etc.) in each of the five elements (air, earth, iron, water and wood). And yes, in today’s America, 60 is still sexy.

“Ten years ago we sell all our snakes to China. So now we have many more rats. The rats are very tasty.” —Tour guide, during float down Myanmar’s Ayeyarwady River