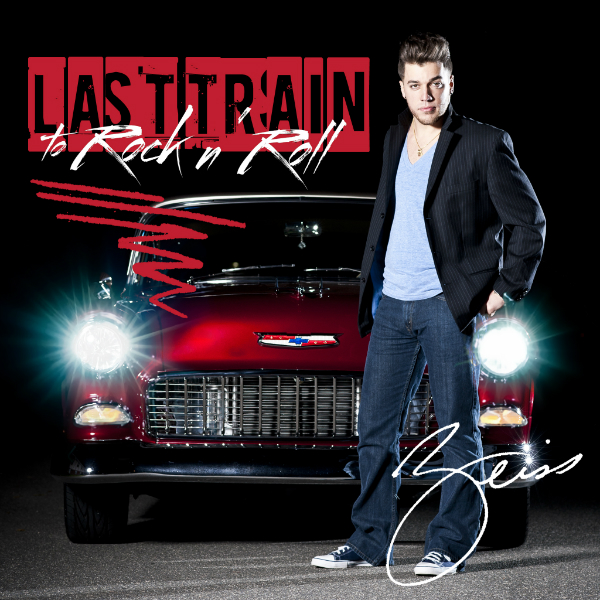 From “Monsters Under My Pillow” by Matt Zeiss

Matt Zeiss grew up in Lindenhurst listening to artists like Elvis Presley, Chuck Berry, Muddy Waters and Long-Island’s own Billy Joel. The twenty-five-year-old was also influenced by his father, John, who recorded some songs in the 80’s, one of which Matt covered on his debut full-length, Last Train to Rock n’ Roll. The song is called “I Am the Boat,” and interpreting it sparked Zeiss’ desire to write songs.
When Zeiss plays the Studio at Webster Hall on Monday, March 18th and Lulu’s in Port Jefferson on Friday, March 22nd, he will be accompanied by guitarist Brendan Scharen, 2nd guitarist Paul Ryan, bassist Vinny Vigorito, keyboardist Chris Carlucci, drummer Rafe Tangorra or Will Knipper and saxophonist Ben Dobay and you can expect to hear his newly released single, “Danger.”

Pulse: Do you write the music and the lyrics to all of your original songs? What inspires you?

Matt: There isnt one thing in particular that inspires me. I can get inspired by any random thing. Once I start writing I usually hit a stride and keep on going. Once the lyrics are finished, I’ll have some sort of melody in my mind. From there I vocalize it to my producer, Sean Power. He then takes my idea and puts it on a larger scale, and completes the piece instrumentally.

P: What covers do you perform live? What’s one of your favorites to perform, and why?

M: Most of the songs I do live are originals. The few covers that I perform are generally classics. If I had to pick a favorite, it would be “Johnny B. Goode” by Chuck Berry. The crowd always loves it because they know it. It’s a song that runs through their veins. Second best for me would be “Too Close” by Alex Clare. The song is fun, very cool to sing and the crowd of course knows it well.

P: I know your rendition of “It’s Over” by Jimmie Rodgers won over your music instructor in high school. What other songs have you covered?

M: The first song I professionally recorded was “That’s All Right” by Arthur Crudup and recorded by Elvis in 1954 at Sun Studio. I also recorded it at Sun Studio in Memphis, TN. That was an epic moment for me. The second cover I recorded, and another epic moment for me, was a song called “Midnight Blues,” written and performed by Charlie Rich. And even though I recorded the song here on Long Island, Charlie Rich Jr. played keyboard on my version of his fathers song.

M: Every time I’m asked this question I sort of buckle. My sound is different I feel, and I know everyone says that. The thing that makes my sound different and unique I believe is that old school flavor. Not to mention the sound is compiled of a lot of different genres. My focus when developing my sound was to have it touch on different styles. If you listen to it you’ll find rock, r&b, funk, blues and even little dabs of country. That in itself I feel provides a unique sound.

P: Who were your biggest influences growing up? Who do you listen to now?

M: As a child, and even now, my biggest influences have remained the same. I grew up in a family that listened to a lot of older music. So my influences are acts such as Elvis Presley, Chuck Berry, Muddy Waters, Billy Joel, Johnny Maestro, Jay Black, Tom Jones, Little Richard and the list goes on. I try to take in as much as I can from these epic and legendary performers. My father was also a big inspiration for me. He too is a singer/songwriter. Growing up listening to him sing and play guitar had a big effect on the way I would continue to sit and write.

P: Who would you most like to tour with, and why?

M: Kid Rock would certainly be my number one choice. I feel his music is really old school rock and roll. I think our styles go well together.

P: What do you like about living on LI? Do you have any musical mentors on LI?

M: This is one of the only places you can get a little bit of everything. You get four seasons, you have an ocean beach—not far from the city, not far from the country areas. There is truly something for everyone on Long Island! In my opinion, Billy Joel’s skills are truly mind blowing. His music is timeless and nearly every Long Islander can attest to that. The man hasn’t released a full album in 20 years and can still pack out any stadium you throw at him. And I am lucky enough to frequently play with Richie Cannata, Billy’s saxophone player. Richie is a mentor to me. I could listen to him all day long. His skill and presence are something I do not take for granted. I consider myself truly lucky to have him as a featured artist in my band.

P: What are your favorite places to play on LI, and why?

M: I enjoyed playing Ollie’s Point, now Revolution, in Amityville. It has a nice intimate setting while also managing to have a grand scale appeal. Great sound, great lighting, easy to get to.

Along with Webster Hall on 3/18 and Lulu’s on 3/22, you can check out Zeiss at the Fashion Arts and Music Expo at Mirelle’s in Westbury on April 7th: http://www.fashionartandmusic.com/?p=445