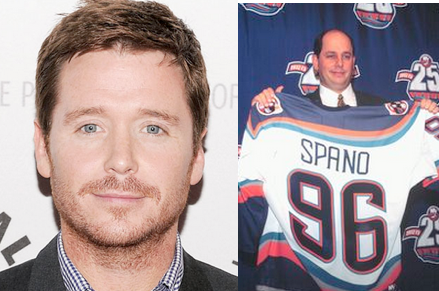 All those Islanders shirts and banners in HBO’s “Entourage” weren’t just for show. Kevin Connolly is really a die-hard Isles fan and has taken his passion to another level.

His film “Big Shot,” chronicling the John Spano years and debacle with the Islanders will debut at this year’s Tribeca Film Festival on April 19. It will eventually air as an ESPN 30-for-30 film in October.

“I’ve always thought the expression ‘passion project’ was kind of a cliché until I started working on ‘Big Shot’ for ESPN,’’ Connolly told Newsday. “Working side by side and spending time with guys that I literally grew up idolizing has been a once-in-a-lifetime opportunity.’’

Spano owned the Islanders for a brief time in the mid-1990s until he was caught up in a massive ring of scandal and corruption. Connolly hails from Long Island and attended Patchogue-Medford High School before he set off for Hollywood and became a star as the character known as “E”.