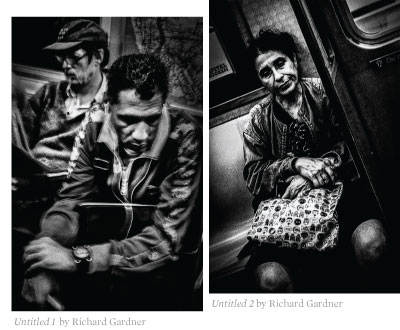 New York City is either a feast for the senses or it arouses overwhelming unease. Nowhere is this truer than in the subways. New York Underground, an exhibition of photos by Richard Gardner on display at fotofoto gallery in Huntington, brings the viewer into this world. Gardner’s works convey his observation of NYC subways as “urban humanity struggling to avoid eye contact and striving to remain autonomous within a densely populated and unnaturally constricted space.” So the anonymous individuals confined in the subway cars are depicted in grainy, high-contrast black and white. All of the images are printed on aluminum plates. Gardner added inorganic material, darkening the white space to infuse “a biomechanical energy” and emphasize the theme of a “consciously disconnected, present-day dystopia,” he said. 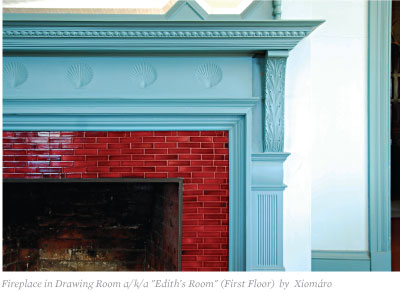 Just over 100 years ago, a home in Oyster Bay was the equivalent of Camp David. Sagamore Hill was President Teddy Roosevelt’s residence from its construction in the mid-1880s until his death in 1919. During his terms, the richly-appointed abode became known as the “Summer White House.” Local photographer Xiomáro was able to catch rare close-ups of interior details when many of the extraneous contents of the 22-room mansion were removed during the current restoration project. Roosevelt’s collection of animal trophies may be the most notorious, but once those and other mementos were removed, a layer of interior design ornamentation presented itself. “So much of the Roosevelt family’s personality is revealed by the house,” Xiomáro said, “even though its occupants—and now most of its contents—are absent from the premises.”