Musical genres need torchbearers to remain vibrant and pass the sound to the next generation. But that doesn’t mean the old timers fade away. The first salvo of this year’s roots releases are from longtime veterans as well as innovative youngsters. 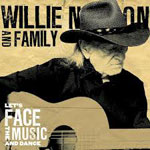 Willie Nelson’s stature as a living legend should not obscure the pure quality of his recordings. Turning 80 this month, Nelson shows off his jazzier vocal side on this gorgeous and romantic album. The immediacy, intimacy and simplicity of these heartfelt recordings are as good as anything the Red Headed Stranger has ever done. 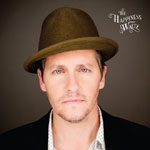 Josh Rouse is often lumped in as one of the many great singer-songwriters toiling on the unforgiving folk troubadour underground circuit. His melodic gifts show hints of such purveyors of pure pop as Chris Difford, yet his midwestern upbringing and Brazilian roots extend far from his Nashville brethren. After 15 years of recording this may be the album that breaks Rouse wide open.

Ben Harper with Charlie Musselwhite
Get Up!
(Stax)

Ben Harper continues to find disparate collaborators to work with on different one-off projects. As down-home as this album is, the song “I Don’t Believe A Word You Say” is receiving considerable airplay. This bluesy outing, with touches of gospel, puts a much-deserved spotlight on the music of blues harmonica legend Charlie Musselwhite. 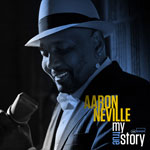 It’s been roughly ten years since Neville’s previous major label release and almost that long since a Neville Brothers album. With production by Don Was and Keith Richards, Neville is surprisingly restrained and subtle as he caresses early rock and r&b gems. Was and Keef keep the production very raw and Neville draws the listener in with his soul, not his power. 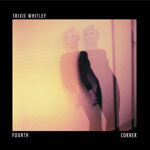 Trixie Whitley’s first full-length solo album comes three years after her breakout work with the Daniel Lanois-led Black Dub. With less electronic production than on that album, she proves to be a powerful vocalist and a major new talent. It would be easy to compare her to Bonnie Bramlett in the way she finds that crossroad between Memphis soul and Nashville country, but she is clearly her own woman.