April selections for 92.9 and 96.9 WEHM New Release Tuesdays (airing every Tuesday from 9-10pm) are just getting started with their contemporary offerings. 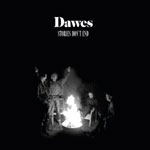 Dawes reemerges with the album Stories Don’t End and the tune “From A Window Seat.” Their love of the laid-back Laurel Canyon sound made popular by such rock luminaries as Crosby, Stills & Nash is in evidence, with a mellow groove and spot-on vocals. 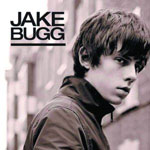 Nineteen-year-old English singer-songwriter Jake Bugg proves the artists that will take music deep into the 21st century won’t be rife with electronicness. His rootsy eponymous debut album and the song “Two Fingers” show a depth of lyrical meaning and songwriting ability that belies his years.

Iron & Wine returns with Ghost on Ghost and the track “Grace for Saints and Ramblers.” The song is an interesting blend of a propulsive new-waveish rhythm section, orchestral keyboard textures, intricate, (ghostly?) vocal harmonies and mastermind Sam Beam singing about romance.