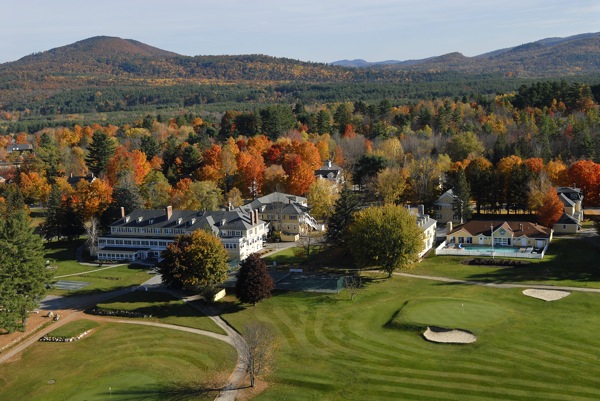 In 1913, The Bethel Inn in Bethel, Maine opened to much acclaim as did New York’s Grand Central Station, The Dodger’s Ebbets Field, the first drive-up gas station and the Lincoln Highway, the nation’s first paved coast to coast highway. Thanks to a Long Island native, the Bethel Inn is flourishing and is celebrating its 100th year of hospitality.

Early in the last century, The Bethel Inn catered to the “out-patients” of Dr. John George Gehring, whose therapy included psychiatric treatment along with a strenuous physical workload including tending the inn’s gardens and building its golf course. Wealthy clientele of the Bethel Inn and the Gehring Clinic included members of the Sears, Bingham and Vanderbilt families who came to restore their bodies and psyches in the clear, cool Maine mountain air. They came with steamer trunks and the household help staying 2-3 months at a time. The first decade of operation saw the addition of four guest buildings, the lake house and the installation of central heating and an electric elevator. 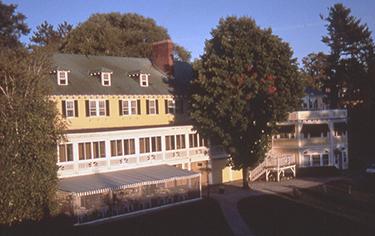 During the 30’s and 40’s, the Bethel Inn made an attempt to stay open in the winter and struggled to stay afloat after the death of Dr. Gehring. Thanks to subsidies from Gehring’s wealthy client William Bingham and his friends the inn managed to stay afloat. Vacation habits changed after WW II and into the 50’s and 60’s. With the demise of the upper class 2-3 month vacation and rise of the middle class week-long vacation, the inn continued to struggle despite the addition of private bathrooms, an outdoor swimming pool, the completion of a regulation nine-hole golf course, and the opening of Sunday River Ski Way.

In 1976, the Bingham Trustees sold to a partnership in hopes of a grand turnaround. The new owners were unsuccessful and closed the inn’s doors in 1979. In 1979, Richard Rasor, an advertising executive at J. Walter Thompson who made the daily commute from Garden City to New York, purchased the inn for $450,000. Although an abrupt change from urban and corporate life, Rasor was no stranger to hospitality management as he lived in the Garden City Hotel where his father was Vice Chairman of the Knott Corporation which owned hotels across the globe. Rasor came up against an energy crisis the first summer followed by a snowless winter. Determined not to fail and using his marketing skills, Rasor along with his friend and business colleague from Sunday River Ski Way trucked snow to Boston Common generating “snowy” media coverage throughout the Northeast. To this day, skiers flock to Sunday River for reliable snow and the Bethel Inn Resort for New England hospitality. 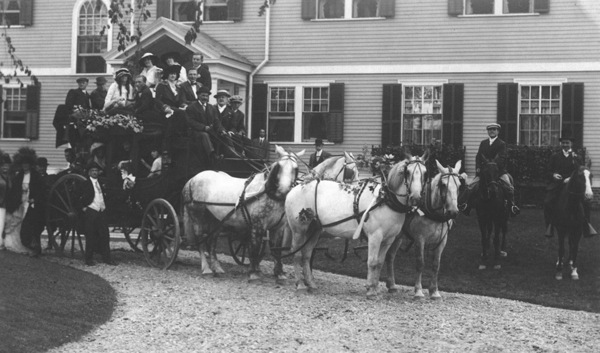 To celebrate its 100th year The Bethel Inn Resort is offering a Centennial package for $100 per person including accommodations, full breakfast, and a four-course dinner every Thursday through Saturday nights during April, an appropriate month as 1913 was also the ratification of the 16th amendment authorizing the income tax.

The Bethel Inn Resort located on the Common in Bethel’s National Historic District. The District is home to the Moses Mason House Period Museum. Part of the Bethel Historical Society (www.bethelhistorical.org), The Moses Mason House built in 1813 is celebrating its 200th birthday. The Bethel Historical Society is sponsoring a special exhibit focusing on the Inn’s early years under Dr. Gehring. 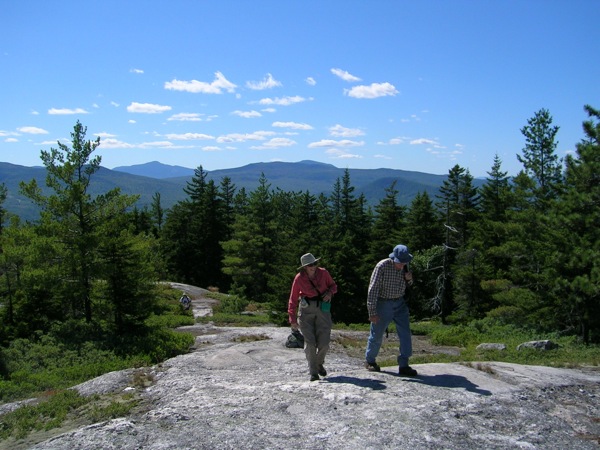 The resort is open year-round. The resort’s 200 acres includes an 18-hole championship golf course in summer and 40-kilometer cross country ski center in winter, an inn with a formal dining room and tavern, library, large common room, health club with a year-round heated outdoor pool, saunas and spa facility, conference center, and lake house. Recreation and activities in this western Maine region include canoeing and kayaking on the Androscoggin River, and hiking on over two dozen trails in the Mahoosuc Range including a section of the Appalachian Trail. The Upper Androscoggin River is emerging as one of New England’s destination trout fisheries and home to several drift boat guides (www.upperandro.com). Rock and gem hunting are great family activities. This region of western Maine is famed for its deposits of tourmaline, garnet, amethyst and other precious stones. Winter in Bethel brings skiing and snowboarding at Sunday River Ski Resort (www.sundayriver.com) and Mt Abram Family Ski Area (www.mtabram.com), cross country skiing, snowmobiling and dog sledding.

* Check into the Bethel Inn via 800-654-0125 or www.bethelinn.com. Throughout April, their $100 per person Centennial package includes accommodations, full breakfast, and a four-course dinner every Thursday through Saturday. 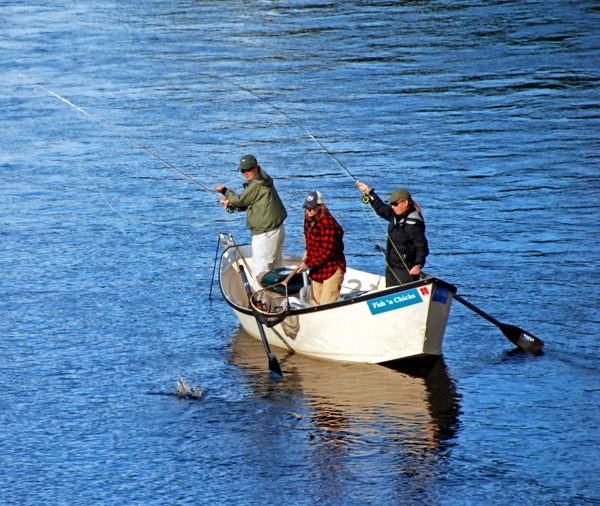