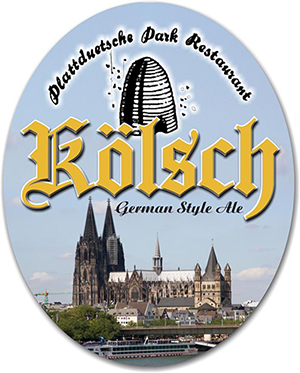 The beer, Plattduetsche Kölsch, is a 5.00% ABV kölsch brewed with all German specialty grains (Weyermann‘s Floor-Malted Bohemian Pilsner Malt was used as the base) and hops. The style was decided during a meeting with Matthew Buck, manager of Plattduetsche Park Restaurant.

“We spent about four hours drinking German beers and agreed that a kölsch would fit in their beer lineup well,” says Martin. “We brewed a few 10-gallon test batches in December, kegged them, and went to the restaurant with a few invited drinkers. We unanimously decided on one version.”