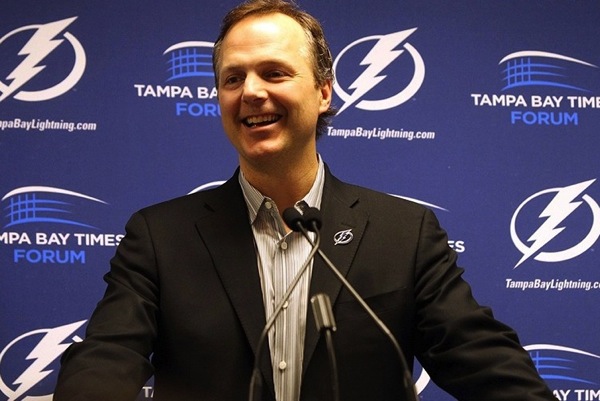 Hofstra hasn’t been known for any connections with the NHL. With a club hockey program and limited funding, it’s not a school that prospective students choose for ice time.

Jon Cooper didn’t really use Hofstra for hockey either. He was a member of the lacrosse team. But this week he made Hofstra and even Long Island history by becoming the head coach of the Tampa Bay Lightning of the NHL.

Cooper, who was the head coach of Tampa’s AHL affiliate in Syracuse and won a Calder Cup last season while the franchise was based in Norfolk, was tabbed by Lightning General Manager and NHL legend Steve Yzerman to manage the big club after former coach Guy Boucher was dismissed.

“There is no other team in hockey that I would rather be coaching than the Tampa Bay Lightning,” Cooper said during a press conference last week. “It’s quite a tribute to Steve Yzerman and Jeff Vinik and the organization they are building that are proud to promote from within. I look forward to getting to know the players and getting to work right away.”

Cooper, who grew up in Canada where lacrosse has a strong following as well, chose to play Division I lax on Long Island, and one year of club hockey with the Pride.

Cooper earned his first NHL victory after the Bolts beat the Devils, 5-4, in a shootout Friday evening.