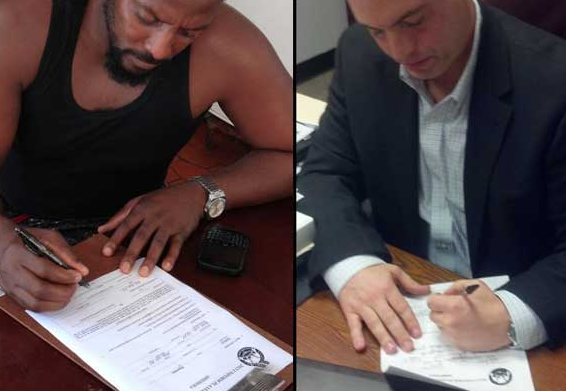 Guerrero, who highlights the well-respected trio, last played in the big leagues with the Orioles in 2011. He is a career .318 hitter and has 449 homers and 1,496 RBIs to his credit.

“Vlad Guerrero is one of baseball’s all-time greats,” said Ducks President/GM Michael Pfaff. “It will be exciting to add him to our lineup as we begin defense of our Atlantic League championship.”

Guerrero, 38, was the American League MVP in 2004 and was last with the Toronto in 2012 where he played 12 games for their Triple-A affiliate in Las Vegas.

“I’m very excited about this opportunity the Long Island Ducks have given me as I try and make it back to the big leagues,” Guerrero said in a release from the team. “I have a home on Long Island and look forward to helping the Ducks this season.”

Willis is a former National League Rookie of the Year whose best season came in 2005 when he finished with a 22-10 record and second in Cy Young voting.

Castro, the most notable to this area for his time with the New York Mets, was a major league catcher for 14 seasons. He won a World Series with the 2003 Marlins as a teammate of Willis.