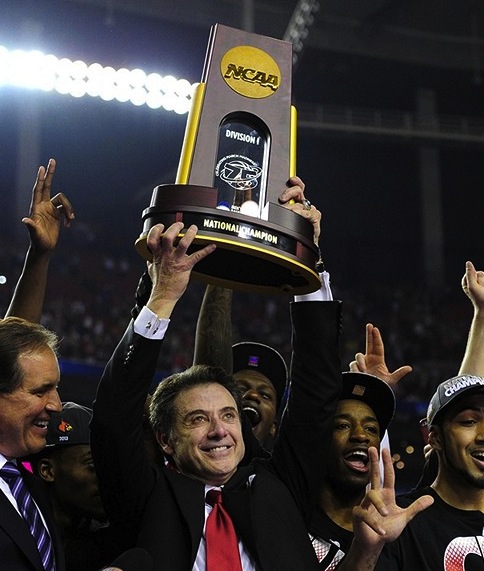 On the same day his Louisville men’s basketball team is playing for a national championship, Long Island native Rick Pitino learned he was granted induction to the Naismith Memorial Basketball Hall of Fame.

“The Hall of Fame is proud to recognize this distinguished group of coaches, players and contributors to the game of basketball,” said John L. Doleva, President and CEO of the Naismith Memorial Basketball Hall of Fame, in a statement. “Each person in this group has rightfully earned their spot in the Hall of Fame and we look forward to honoring them in Springfield during this Enshrinement Ceremonies in September.”

The Class of 2013 will be enshrined during festivities in Springfield, Mass. on Sunday, Sept. 8.

*Graduated from St. Dominic’s High School in Oyster Bay, N.Y.
*Played guard at UMass
*Only coach in men’s history to lead three different schools to NCAA Final Four appearances as he did with Providence College, University of Kentucky and University of Louisville.
*Led Kentucky to the 1996 National Championship and then reached the title game again with the Wildcats the following year.
*Has won over 600 games in his collegiate career, reached the Final Four seven different times (1987, 1993, 1996, 1997, 2005, 2011 and 2013), led his teams to 21 postseason appearances and won nine conference tournament championships.
*Earned Coach of the Year honors from different sources three different years.
*Pitino also held two stints as an NBA head coach with the New York Knicks and Boston Celtics, leading the Knicks to two playoff appearances.